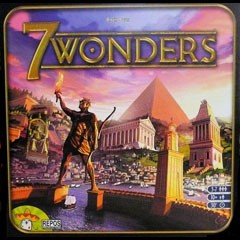 Milly was pretty fussy this morning and in fact was in bed by about 9:30.  It turned out that she wasn’t feeling well, as she was fussy still later on, even when Amanda took her to Hugh MacRae park for a picnic and to look at ducks.  She had a fever and was very subdued all day, and very cuddly.

At one point early in the evening I was lying on the floor in the nursery with Milly and she threw up.  She was on her back and choked on it at first, and before she could do anything I flipped her over and smacked her on the back.  She was fine, but she had sticky puke all over herself (and on my shirt), so I put her in the tub.

Milly wasn’t very happy being in the tub so she wasn’t in there long.  I held her for a bit while Amanda cleaned up the mess.  I let her fall asleep with a pillow and a blanket on the nursery floor, and there she stayed until Amanda heard her moving around some.

Since Milly was in a definite daddy mode (and Amanda seems to have pulled her left arm), I went up to check on her.  She was still lying where she had been when I left her, but once I went into the room she wanted to get up.

Michael and Jenn came over shortly after that with dinner from Atlanta Bread.  Atlanta Bread had shorted the order one soup, so Amanda went back out to get that while the rest of us ate.  Milly, who had hardly eaten today, did eat most of a muffin.  She seemed in better spirits and not as hot as she had been.  She was in bed for the night not long after that.

Poor Milly was so drained and sad today; she was just downright pathetic.  I told her, then Amanda told her later, about how we wished we could just take whatever she was suffering from onto ourselves to take it away from her.

Michael introduced us to a new game tonight, or I should say we all got introduced to a new game tonight, since Michael hadn’t played it yet and didn’t completely know how to play it.  It was called 7 Wonders and once we figured it out it really didn’t take too long.  The second game took maybe 20 or 30 minutes, but that was with only three players, since Jenn didn’t want to play again.  I won both games, but to be fair we messed up a few of the rules in the first game, so we didn’t count that as official.  Still, I was the first to sign the box.