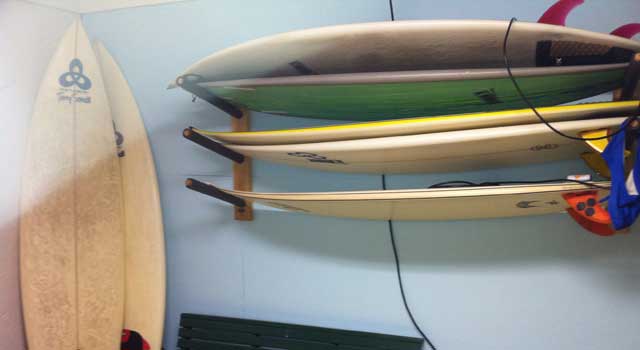 i made “extended lunch plans” today with Barry. Work hasn’t been too busy lately, so I figured I’d be able to get away for a bit. Go figure that I had more work come in this morning than I have in weeks.

When I posted that on Twitter, Amanda responded by saying she didn’t realize that “extended lunch” was slang for a surf session. I asked if it would have been better if I’d said I had a meeting with a client or an appointment with my dentist.

Barry and I surfed for about two hours starting at noon. It’s not like it was the best surfing day ever, but it was fun. I didn’t tire out paddling like I thought I would.

I also used Terry, a board I used a good bit last year. I thought I’d have trouble since, as much as I did use it, it’s been since September or October since I last went surfing. I did fine once I remembered to paddle a little extra and to be wary of how responsive the board is. I caught a few decent waves and had a good time.

Milly happily greeted me at the door when I got home. She and Amamda were outside a good bit today. They played with chalk and threw sticks for Harvey (and Bruce, but Bruce was never one to chase sticks).  He would get the stick then run and jump around with it and Milly would say, “Harvey happy.” 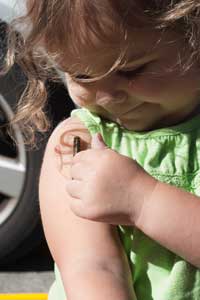 Milly got it in her head to ride Harvey at some point, so she sat on his back for a bit. He’s such a good dog.  Amanda said she had just thrown a stick for him then out of nowhere said, “Ride Harvey,” then climbed on his back while he was sitting on the ground.  She isn’t sure if she got the idea from Bullseye on Toy Story or Maximus on Tangled (both are horses, if you didn’t know) or somewhere else entirely.

A couple times today, at least once that I saw, Milly was sitting in a chair and wanted to hold Bruce.  Bruce looked decidedly uncomfortable, but he stayed put for her.  Milly also declared, “Bruce happy,” when she did that, but I don’t think she saw his face in these circumstance.

Milly also played with a caterpillar this morning. She let it crawl on her hand and arm and told it to come on when she went inside. Unfortunately, Amanda told Milly that the caterpillar had to go see its family after Milly, while trying to step over it, squished the tail end of her poor new friend.

Amanda and I played some Lost Cities and watched some TV after Milly went to bed.  I got a text from her brother a little later asking if I could come pick him and Jenn up because they were downtown and Jenn’s car wouldn’t start.  I asked him if they’d asked anybody for a jump and he said they had not.  I suggested to him that they walk into a restaurant or something and ask a hostess about it, but Jenn called roadside assistance provided by her insurance company.  I told him to let me know if there was anything wrong where they would need a ride home and I’d come and get them, but it turned out that apparently Jenn just needs to turn the ignition longer.