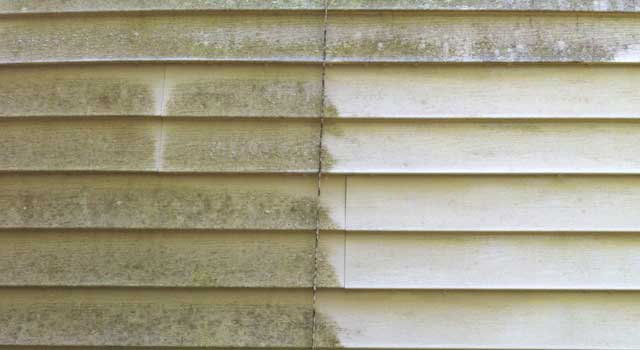 Few things, I told myself today, are more satisfying than seeing the results of pressure washing a house that has not been pressure washed in about five years.  That said, I’m thinking I should start to do it more often, like maybe every other year or something.  The sides of the house, which don’t get all that much direct sunlight, the fascia and the dormers were, well, disgusting.

So yes, I was very satisfied with the results of pressure washing my house today, and to be honest I rather enjoyed doing it.  That said, my initial estimate of two or three hours was a little off.  It actually took six, which means I didn’t go surfing, I didn’t go to Elliot Clark’s birthday party and my family was close to an hour late for a cookout this evening.

I had to get it done today though because not only is the pressure washer going home tomorrow (it belongs to Amanda’s parents), but water rates are set to go up 13% soon.  Yes, thirteen percent.  Ridiculous, I know.

The rest of the day was pretty nice.  Milly woke up this morning before Amanda and I had gotten up, so I got her and put her in our bed for a little bit.  She was in a good mood and happy to play with us in the bed.  Mostly she just watched the animals on Jack Hanna.  She cried terribly when I left to get some bagels and muffins for breakfast though, according to Amanda.  She also has had a terrible diaper rash since yesterday, which may partially explain that.  There’s this one spot on her that’s so red it almost looks like a burn.

I mentioned a cookout before.  After pressure washing the house, the picnic table, the picnic table benches and a few other minor odds and ends, Amanda, Milly and I went over to David and Jamie Andrews’ place.  Amanda told Milly on the way that Jacob Johnson would be there, and the whole way Milly kept saying “Jacob.”

We had a good time there.  The whole small group made it out, and it was good to see everyone outside of a few hours on Tuesday nights.  Reece and I got stomped in a game of cornhole by Amanda and Paul.  Milly had a really good time playing with Jacob and Noah.  The Andrewses had a kiddie pool set up as well as some sprinklers.  They didn’t do much with the sprinklers, but the kids really enjoyed the pool.

We left around 7:00 for two reasons.  One was that Nick was dropping Eli off to stay the night and the other was that the Johnsons were coming over to play some games and 7:00 is Jacob’s bedtime.  We played a game of Carcassonne that Amanda kicked everyone else’s butts in, then a game of Dominion that I won, and then another game of Dominion, which was Reece’s first ever win in the game.  Poor Stephanie didn’t win any games, so I guess she’s due the next time we play some games.

In case you’re wondering, Nick dropped Eli off because Amy was out of town filming a night wedding and wouldn’t be back until tomorrow and we’d agreed to watch Eli tomorrow morning, but Nick would have had to drop him off at 6:00, which didn’t sound like fun for anyone.  Nick just came by, put Eli to bed, ate some cake and took off.  He had to do some packing and some stuff around the house.

I’m feeling pretty beat.  Pressure washing a house, with the constant force of the sprayer acting against you, is tougher than you’d think.