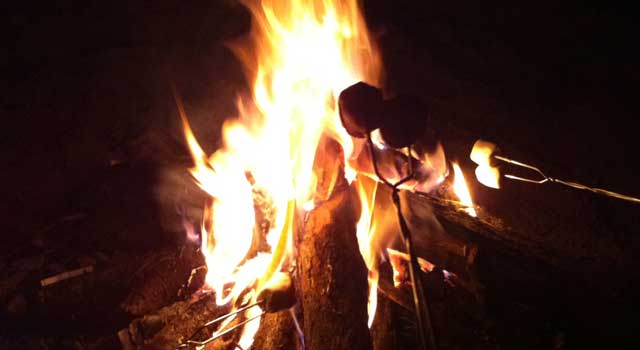 We had about the busiest Saturday that we’ve had in about as long as I can remember today.  It started out when we woke up.  Last night, Amanda and her dad, Phil, went to get a door for the wall we installed upstairs a while back.  He and I (well, I was there anyway) put that up.  It’s really nice to have a door to our bedroom now.  Before, you’d walk upstairs and see the bathroom door in front of you, the nursery door to your right and to the left it was our wide open bedroom.  No longer.

At 9:45 we got to Sweet & Savory for a birthday breakfast.  Amanda’s birthday is Monday and Phil’s is the 14th (right?) and he’ll be fishing then, so it was a combined celebration.  In all, it was me, Amanda, Milly, Karen, Phil, Michael, Anna and Hannah.  Phil’s big gift was a Nook, which I think he’ll really enjoy, and Amanda’s was an iPad.  It won’t be in for another week or two, but I had bought her a case, which did arrive, so I printed a picture of an iPad and put that over it in the box it was shipped in.  She was really surprised and excited about it.

After we got home Karen and Phil left and Milly went down for a nap.  I went to get the fire pit I’d gotten Amanda a few years ago for her birthday only to discover that the bottom had rusted out of it.  That was dismaying, but we figure that maybe we can turn it into a table or something. As an alternative, Amanda and I decided to make the sandy area where we burn leaves and stuff now into an actual fire put.  We started off shoveling out a bunch of ashes, burned up some fire ants, dug the pit down just a little bit then lined it with bricks.  Nothing too fancy, but it looks kind of nice.  Nicer, anyway.

When Milly got up we headed over to Ayden Hauenstein’s first birthday party.  We were a bit late since we wanted Milly to have her nap, but it was still going on.  Elliot, Melissa and Ella Jane were all there too.  Justin and Lisa had put out some kiddie pools and Milly decided to get in one.  Since we didn’t bring a bathing suit we just stripped her down to her diaper and let her get in with that.  The diaper was, of course, as full as it could be when she got out.

Leaving their party around 4:00, we headed over to the Nowaks’ for a Derby party.  I spent most of my time catching up with Joel Kay and watching Milly play with some other kids.  There was one older girl, maybe four years old or so, who closed Felix’s fingers in the window shutters of a play house and wouldn’t let Milly into it.  After the girl left the playhouse and Milly went into it, she went back and pushed Milly out.  Amanda told me this after we left, and she said she’d have said something but she didn’t want to cause some possible drama with any friends of friends.  I was pretty angry about it (the girl’s actions, not Amanda’s inaction, which I understood) and would have said something to the girl and/or her parents.

Amanda said the little girl was also throwing some of Henry’s toys into the woods, and included with that was probably a little rubber blowfish Milly got from Ayden’s party that she liked.  In fact, when we first got to the party, she was following that girl around trying to show the fish to her, but the girl was acting like Milly was showing her a dead rat.

I say all this, but we did have a good time hanging out there and Milly seemed to have a good time playing with other kids, that one girl aside.  They had good food, and I tried something that sounds disgusting but was really very delicious: a bacon cupcake.  Yes, it was a cupcake with cream cheese icing and bacon on it.  And it was wonderful.

Back home, Amanda cleaned in preparation for her own party while I went to the store to drop off the recycling and get a few things.  The Johnsons were the first to arrive.  Tangled was on and Milly was dancing to one part, so she went up to Jacob, dancing, and commanded him to dance.  He didn’t, but it was funny. As I was taking Milly upstairs to put her to bed I saw that Nick had pulled up and announced it to Amanda.  Milly said nothing but “Nick” for the next minute or so as I got her ready for bed.  The next two things she said were “Eli” and “Amy,” which I thought was so cool because it meant that she knows they all go together.

Cyra, Michael, Jenn, Joel, Mia and Felix all showed up at some point in the next little bit.  Nick (who had brought Eli, who played with Felix) couldn’t stay long, but it was nice that they stopped by while they could.  After a bit, I went out to get a fire started.  Once it did finally get going, everyone else came out and we roasted some s’mores.  We spent the rest of the night sitting out at the fire and talking, eventually pulling out some cards from the game Would You Rather…? for some pretty interesting discussions.

Everyone but Cyra had taken off by the time I plopped down on the couch.  She and Amanda talked about work and stuff while I dozed off.  I got up later when Amanda called downstairs to me to check to make sure there weren’t any embers in the fire pit.