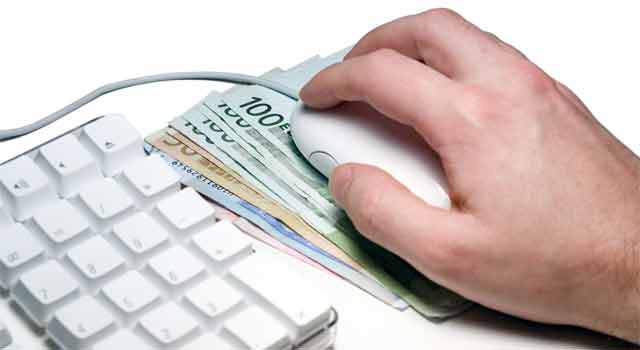 I found out a few days ago that my Google AdSense account had been disabled.  I’m not 100% sure why, and it sucks that Google decided that they a) are keeping it that way and b) won’t bother to tell me why, especially since they’re keeping the thirty or so bucks I’d built up.  I mean, it’s not like I was making crazy money from it or anything, but I liked having the ads on my site.  I tried appealing the ban, but that was rejected, and from what I’ve read, once you’re banned you’re banned.

I had some blogging ideas I wanted to try, so I had to find a work-around, which I’m in the process of doing.  There are other companies out there that also offer pay-per-click ads, and so I’m trying one of those, AdBrite, on a site I’ve set up as sort of a news archive.  Depending on how that goes, I’ve got some other ideas.

So Milly was very stinky this morning.  I thought it was just her diaper, but I realized when I went back into her room after getting rid of the diaper that her sheets had a little stank to them.

Aside from giving the dogs some Cheerios and pouring her milk on the floor, Milly was pretty good despite the fact that she only napped about half an hour this morning.  She went down for another nap after Amanda got home, but that one wasn’t too long either, as she was sitting in Amanda’s lap when I got home from some errands.  It was a very cute scene, with Milly sucking on her paci and wrapped in a blanket.  She was obviously still very tired.

Later on, Milly wanted to go outside.  Amanda said Milly took her directly across the street and kept saying “girls,” meaning she wanted to plays with Kenzie and Kimber.  Of course, they were at school.

Small group was good tonight.  David brought up his desire to form a men’s group within our group.  I’ve thought about joining a few different men’s groups, but most of them meet in the early mornings.  Mornings are an issue for me because not only do I not have a car, but I also have a Milly, and most of them meet at a time before she even wakes up in the morning.  He really feels convicted of it though, and he is pretty flexible in his schedule, so maybe we can make it work.