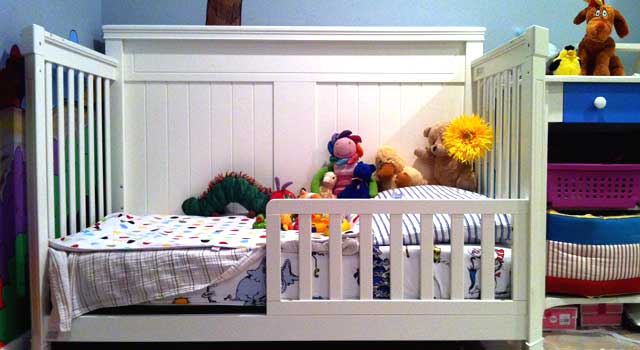 Amanda called me while I was out this afternoon to tell me that Milly had done the worst thing she could do upstairs during naptime.  I’ve seen that she’s been diaperless a time or two, so my guess was that she’d pooped and taken off her diaper.

Not only did she climb out of her crib onto the changing table, stand up on it, pull things off the wall and hang out there for a while, but she also opened the drawer of the changing table.  That meant she leaned over enough to pull it open, unless she’d pulled it open before getting out of her crib.  Amanda told me that when she went upstairs after hearing some noise indicating that Milly was awake, she found her sitting on her knees (meaning she was in a precarious position) leaning into the drawer with a bottle of eye drops.  When Amanda walked into the room, the first thing Milly said was, “Open.”

I forget who we were telling the story to this evening (maybe Nick Warkentien, whose 30th birthday was today- Happy birthday, Nick!), but somebody said one of the things I thought: At least we know Milly has good balance.

We had thought about changing the crib into a toddler bed in the near future anyway, so this made us decide to go ahead and do it.  I worked on that while Amanda took Milly to Target to pick out a new blanket, which is something we have heard helps kids make the transition sometimes, since it gets them excited about getting to go to bed with their new blanket.  Milly hadn’t napped much and wasn’t all that much fun at Target, according to Amanda.

Side note: Amanda was in line at Target between two pregnant women.  She said both of them looked at her like she thinks she used to look at women with crying babies.  “When I have my kid, they’re not going to cry in public like that.” I told Amanda she should have said to them, “I used to think the exact same thing about crying babies as you: ‘That’s not gonna be my kid!’  Just wait.”

Anyway, when Milly got home I had the bed all made up like you see in the picture.  I hate that I wasn’t able to put the railing on the other side, since Milly has always had her head on the left and it just seems a much more natural way to face, but oh well.  She was pretty excited about her big girl bed and we went ahead and put her down.  She wanted Bruce to sleep with her, so we put him in the bed but he didn’t stay long.  Harvey got in bed next, and he actually lasted a few minutes.

One thing we worry about, of course, is Milly getting up and wandering around or whatnot.  We thought we heard her out and about, but when Amanda went to check on her, Milly was just sitting up in bed.  She’d probably been playing with something or banging something against something else.  She did great.  She did fine tonight when we put her down, too.  The only thing was that she seemed a little too excited for it being bedtime.  I was just up there though, changing a poopy diaper that had woken her up, and she was doing fine.  No signs of having gotten out of bed.

So night #1 in the big girl bed seems to be going just fine.

Milly wasn’t all happiness and excitement all day today.  She earned herself some corner time by dumping a bunch of Cheerios on the floor and not cleaning them up.  I held my ground and didn’t let her out until she calmed down.  Even after that though, I had to threaten to put her back in the corner several times before she’d help me pick up the bits of cereal Bruce hadn’t already cleaned up for her.

For lunch, I met with Reece Johnson and David Andrews at David’s house.  David felt convicted to get something of a guys small group thing going on the side of the regular small group.  That’s where I got my call from Amanda.

After work we went to Atlanta Bread for dinner then headed over to Port City Community Church for a Night of Worship.  It’s mostly a bunch of music, some praying, a few announcements about the direction of the church, communion and some more music.  It was held for small group members and volunteers tonight.  The energy is unfailingly great when they do Nights of Worship.

They did do something different tonight though in that they had the childcare services going.  Milly was pretty wired when I picked her up from Grow Zone, so I’m sure she had a great time.  She was obviously a little under-napped though, as evidenced by how little attention she paid Christian when she saw him.

After Amanda went to bed I played some Gears of War 3 with Michael.  I’d gotten the code for the beta version of the game and played it with him and Chris Flowers last night.  I suck, by the way.  Whatever meager skills I had a multiplayer first person shooters have pretty much evaporated over time.  I was definitely better tonight than I was last night though.