Milly in the Pool

Milly in the Pool 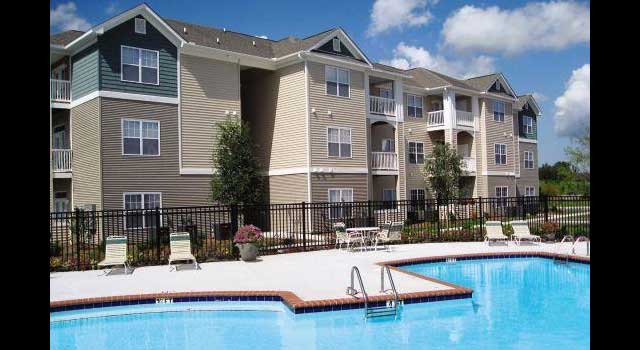 Amanda, Milly and I walked to the store today to get some muffins for breakfast.  Milly stopped every few feet to look at rocks or play with dirt, so I went back and got the stroller for her.

A little later we went to the pool at one of the apartment complexes the company Amanda works for manages, which is a small perk I suppose.  The water was very cold until you jumped in all the way, but it didn’t seem to bother Milly.  Amanda didn’t stay in the water long and mostly sunbathed while Milly and I played in the water.

Milly didn’t want to get in her floatie at all, but she did really well in the pool.  Se did keep asking me to put her down, but since I didn’t want her to drown, I never did.  She spent a lot of time on the steps, where she could stand up.  Towards the end of our time there she would walk to one end of the steps and climbing out of the pool then climb back in and walk to the other side, over and over.  Whatever floated her boat, I suppose.

Milly was irate at leaving, but it was past her usual nap time anyway.  We stopped by Burger King on the way home and for some reason it took them forever to make two burgers, two packs of nuggets and an order of fries.  Of course we wouldn’t have cared, but Milly was hungry on top of being upset at leaving the pool on top of being tired, so the time dragged on for us.

Amanda and I watched a little TV after we put Milly down, then I went upstairs to take a little nap myself.  Amanda went out shopping with Cyra and bought about $130 worth of clothes for $30, thanks to gift cards and coupons.  She was very proud of this, and I’ll have to admit that she did a great job.

Before Amanda got back, Milly and I went out.  Amanda had bought some tickets for some BBQ from Wrightsboro Methodist Church from a Boy Scout a week or two ago and we were supposed to pick them up between 11AM and 6PM.  Well, Milly hadn’t made any noise by 5:20, so I went in and there she was sitting in her bed with her rubber ducks lined up in front of her.  She loves those things.  I got her all ready to go, but when she saw her strolled downstairs she wanted to sit in it and screamed and fussed when I took her out.  I ended up pushing her to the car in it then taking her out, though she was still upset about that.

When we picked up the BBQ, there was a small white truck outside of the church that Milly called “baby truck.”  There was also a girl inside who thought Milly and her tiny flip flops were adorable.  I think Milly was a little taken aback by all the unknown people in the church and the strange surroundings, so she wasn’t all that outgoing.

They were out of sides when we got there to the church, but they did give us extra BBQ.  From the two plates of BBQ that we ordered, we probably have enough for eight meals.

I dropped the food off at the house in case Amanda wanted to eat when she got back then took Milly to Ogden Park for a little while.  She swung in the little swings then spent some time running up and down the ramp for the bleacher, which is a favorite thing of hers to do there.  She eventually got on the larger playset, which only had little kids on it anyway.

It was about 7:30 when Milly and I got home.  We all ate a little then Amanda and I watched No Country for Old Men after we put Milly down.  We’ve had Netflix for a month or more now, and this was the first DVD we’d had them send to us.  We just hadn’t had much time to watch it before, I guess.

I quite liked the movie and thought it was very much a Cohen Brothers film.  Javier Bardem’s portrayal of Anton Chigurh was just about terrifying.  Seriously, he reminded me of Michael Myers or Jason Voorhees, except this was in a realistic setting with nothing supernatural about it at all.  He was just an emotionless sociopath.

I talked to my cousin Dave today.  His wife, Ksusha, was scheduled for induced labor this morning, but as of about 5:00 there was no baby yet.