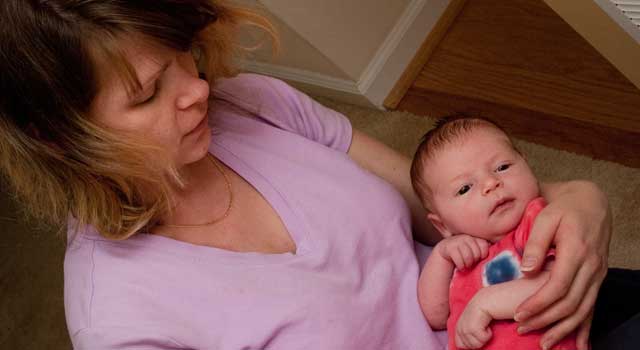 After packing everything up to head back to Wilmington, we, the Dotseys and the Lambeths, went to Panera for breakfast.  As soon as we pulled out of the driveway, Milly was crying for Graelyn, who was in the van with her parents while Milly was stuck in the Jetta with hers.

I drove home since Amanda drove us there.  We played the Alphabet Game and the Places Game to pass some time.  The Alphabet Game is where you try to find all the letters of the alphabet in order on things outside of your car.  Of course, you tend to get stuck on J (unless you find a nearby Jeep) and Q (unless you’re passing a bunch of hotels and find a Quality Inn) a lot.

The Places Game is where you say the name of any place- it can be a city, state, country, mountain range, river, whatever, and the next person has to think of a place starting with the last letter of your place.  A places and E places got pretty scarce.  We played again later where you picked a number and you use that letter (second letter in a word, third letter, etc.), but I got screwed on the letter X.  I actually came up with a word I thought was a place in China that Amanda had to check on the internet the first time I got stuck with an X, but the second one did me in.  New rule: the person who gives the letter has to be able to come up with an answer too.

We did stop by to meet Anya.  Milly was more interested in looking at Nemos and a shark in a fish tank (though there were no clown fish or sharks in the tank) than seeing another baby, but Amanda and I enjoyed the visit.  We ate some beef stew for lunch then David and I talked geek stuff.  Between feeding and napping, we didn’t see too much of Ksusha or Anya, but the baby is only two weeks old and has yet to settle into any kind of pattern, so David and Ksusha were obviously pretty wiped.

We were pretty lazy the rest of the day.  Cyra, who had watched the house and the dogs for us while we were gone, stopped by.  She and Amanda talked outside for a while as I sat on the couch and read A Game of Thrones on my iPhone, which I have a hard time putting down.

Amanda eventually went out to look at some things for Milly’s impending birthday party, and during that time Milly and I went for a short walk.

After Milly went to bed, Amanda and I watched the final episode (unless it gets picked up by another network) of The Event and watched Friday Night Lights, which we have the remaining season of already (though it’s only aired on DIRECTV).  Once she was in bed I watched Game of Thrones from this week.  It left off with a pretty big turn of fortunes for our hero, Lord Eddard Stark.  I can’t wait to catch up in the book so I’ll know what happens next.  Screw waiting a week for the next episode!