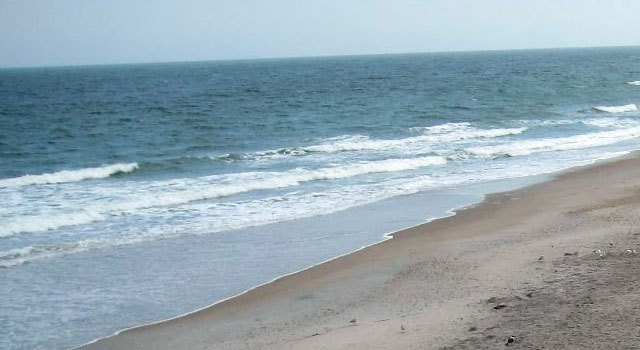 The waves weren’t great, but I was able to catch some.  I’d say the first one I caught was my best one.  I took my 7’2″ NSP 9or is it 3″?) because I knew the waves probably wouldn’t be good enough for me to go get Terry.  Besides, I’ve been meaning to take Blue back to Anna and Barry’s anyway.  That way I can use it, or if I’ve got some friends who want to try surfing they can use it.  It also freed up a lot of space in my office.

Reece caught a good number of waves, but he’s still working on being able to stand up on the board once he’s going.  He did get up a time or two though.

Milly rode a surfboard in the water for the first time today.  Kind of.  At one point, Reece and I went to shore to see our families and Milly sat on my board after I’d placed it in the shallows, so when the tail end of a wave would come it it would gently push her a little.  I feared for my fins though, so I didn’t let her do that for long.

After that, Amanda and I stopped by the Frazelles’ so I could drop off Blue.  Barry wasn’t there, but Amanda’s grandparents were.  Earl was helping Anna unload and lay sod while Peggy “supervised”.  It’s Hannah’s birthday today and she and Kirsten were about to go grab some food then go karaoke-ing.

Kookie remarked how well Milly is forming sentences and Hannah said that when Milly ran through the garage she looked like a little girl.  They usually see Milly once a week or every other week, but it’s remarkable how much kids change, mentally and physically, when they’re little.

Surfing always makes me hungry, and it was past dinner time (Milly usually eats around 6 anyway) so we stopped by Wendy’s on the way home to feast from the Dollar Menu.  When we got home Milly went to bed and Amanda and I watched some more Friday Night Lights.