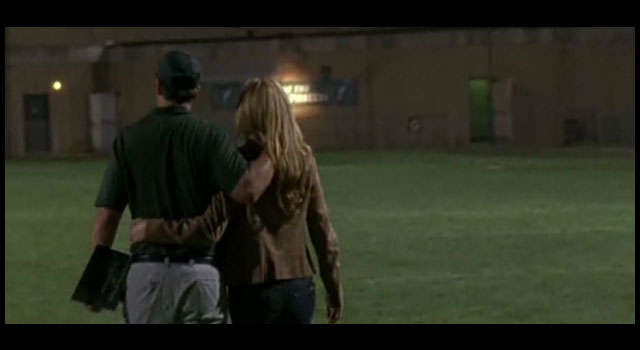 Amanda and I love the show Friday Night Lights.  I really think it’s one of the best shows on a network.  The (short) final season is running right now, but it already aired on  DIRECTV and we’ve been watching the final few episodes the last couple of days.  I won’t really say too much about it in case anyone who reads this watches the show, but I will say two things.

First, there’s a little thing at the end where some of the actors talk about the show.  What struck me about that is how much most of the actors actually did sound like their characters.  I always liked how natural a lot of the dialog on the show felt to listen to, and hearing them talk backed that up.

The other thing I’ll say, which is sort of a spoiler but not really, is that I would have kind of liked the result of the last game to have remained a question.  They could have still had the montage of what everyone else did after and still left the question unanswered, but I guess they didn’t want to upset a bunch of people.  I think it would have been a nice touch.

Anyway, I’ll miss Friday Night Lights.  I am glad they were able to have a final season with the full knowledge that it was ending so they could do it the way they wanted to do it.

Work was very busy and Milly didn’t go down for a nap until after noon.  On top of that, she pinched her finger pretty bad in a folding door in the bathroom.  She wailed and clung to me very tightly, the poor thing.  She did let me put a Band-Aid on it, which she never lets us do when she skins her knees.  It didn’t stay on very long though.

Amanda and I have been discussing what to get Milly for her birthday.  We might do a tricycle.

Michael and Jenn came over.  Amanda tested out some homemade pizzas on her, which is what we’re doing for Milly’s birthday party.  We’re going to let everyone make their own pizzas.  Should be fun for the kids.  They were pretty good, but it’s a good thing we did a practice run because they could have been baked for a little less time initially.

We also played Ticket to Ride after Milly (who was being petulant and wouldn’t say good night to Michael or Jenn, much less give them hugs or kisses) went to bed.  Amanda won with Jenn in second and me in third, meaning Michael finished last.  He would have done better, but he drew two more cards that give you points for finishing a train from Point A to Point B right before I set the end of the game into motion so he didn’t have a chance to finish those and they turned into negative points, which killed his score.