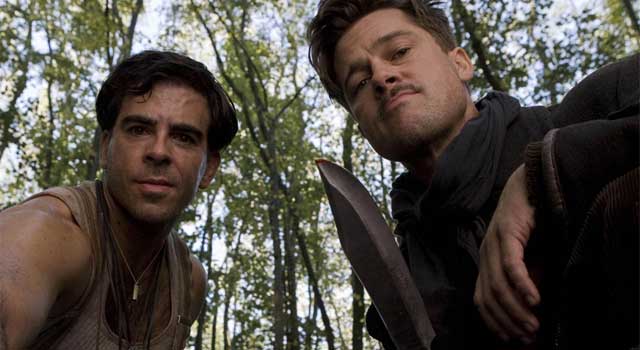 Amanda and I watched Inglorious Basterds tonight, and we got the right one this time.  I enjoyed it well enough with all its violence and language and the occasional homage to films that came before it.  The DVD even had a “theatrical release” of Stolz der Nation, which is the movie the film kind of centered around.  It was only a few minutes long and was mostly just the footage that was shown during the cuts of the Nazis watching the film-within-the-film.  Overall, it wasn’t my favorite Tarantino flick, but it was worth watching.

After we watched that I played a little bit of Infamous.  I’ve decided I really like digital copies of things (games, movies) because you can load them so quickly and don’t have to worry about finding the case for game or disk you’ve just taken out.  It’s a minor thing, but the extra convenience is nice.  That said, I don’t like, particularly with games, the fact that they take up so much space and can’t really be taken anywhere away from the device they’re on.

I’m not going to finish A Feast for Crows in a week.  Tomorrow is Friday and I’ve not yet reached page 200 out of 800-some.  It’s not a huge deal, but I liked the pace I’ve been setting with book reading.

I felt kind of down this morning.  It was pretty busy and a client’s site was down because they were unaware that their domain had expired (though it wasn’t registered with us, which is a good thing for us) and Milly wanted constant attention so I ended up putting her down before she was even tired (though I also did it so she’d have some rest since Amanda was taking her out this afternoon) and I just… I wasn’t feeling great.  Maybe part of it is that I feel pulled in so many directions, but I don’t feel like I have the resources (time, money, attention) to give.

Maybe in part it was the weather.  We finally got some good rain this afternoon, even if only for a little while.  Amanda took Milly to the mall to meet up with her grandparents and Anna.  Amanda said that Milly just isn’t very good for shopping right now.  If she stays disinterested in shopping as she gets older, I don’t think I’d mind.  Anyway, when they got back it was raining pretty hard and Milly was enthralled by it.  She stood at the edge of the front porch for a while just watching it rain, then she sat down.  She didn’t get wet or anything, but her wonder at it was fun to watch.  Amanda and I left her outside (she told us bye when we went in) and watched her from behind the door.  Before that I had sat with her and she kept saying, “It’s raining” or “Rain on Mommy’s car” or other babblings.

Amanda forgot to do something while she was out so she went back out (though it wasn’t raining too much by then, if at all).  While she was out Milly decided that she wanted to get in the pack & play Eli had used yesterday, which was in the guest room.  I put her in there and she requested a blanket, a paci, a pillow and Bruce.  I gave her all of them (until I could tell that Bruce was definitely fed up with being there) and I thought she might take a nap, but she never did.