CRADIANT – An Event for Women

CRADIANT – An Event for Women 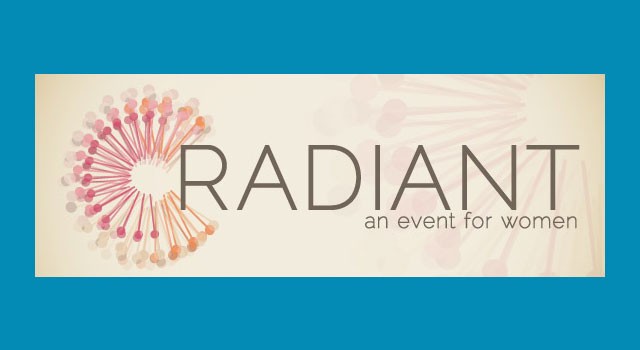 My wife and a number of other women went to Radiant, an event for women at Port City Community Church tonight.  I call it Cradient because the logo looks like a C, and with it being right in front of the word itself, it looks like it says Cradient.  To me anyway.

That left me at home with Milly, and since Amy was going to Radiant and Nick was working at it, I volunteered to watch Eli as well.  It was a pretty uneventful night, all in all.  The kids played a bit, though Eli mostly watched Toy Story 3 and shook his head no any time I asked him if he wanted to do something.  Honestly, as much attention as either kid paid me tonight, I might as well have been invisible.  That’s something we need to work with Milly on- acknowledging someone when they talk to you.  It’s so maddening when she won’t even look when you call her name.

They did interact some though.  I fed them both some yogurt and Milly ate two cups while Eli didn’t finish one.  Milly was trying to feed Eli his, but he just kept shaking his head while his eyes were fixed on the TV.  Milly also brushed Eli’s hair with a doll’s brush.  He didn’t seem to mind or care at all.

At about twenty til eight, Eli was on his blanket and Milly was saying she wanted to go upstairs.  I took them both up, figuring they’d play in the nursery some and wind down for bedtime.  I changed Milly’s diaper then closed the door and went back down to get Eli’s nighttime stuff.  When I came back up Milly had put her little pillow where her bog pillow usually goes on the floor, had her paci in her mouth and a blanket over her.  She was ready for bed.  I changed Eli, we all said some prayers, then I kissed Milly goodnight before taking Eli down to the guest room and putting him in the pack & play.

It was such an easy night.

I spent the rest of the time reading a little then playing some Assassin’s Creed Brotherhood.  As you may recall, I beat the game some time ago, but there were a few missions I hadn’t completed yet, so I did that.  I finished it up a little more after Amanda got back and went to bed.  I guess I’m pretty much done now, though it’s pretty anticlimactic since I already beat it.

Amanda had quite a day.  She made some waffles this morning for breakfast (as good as they were last time, which were her best, so she’s on to something) then went to Old Navy where they were having a $2 tank top sale.  She got some for herself and for Milly.  Amanda seems to love tank tops, in case you didn’t know.

Then this evening, she, Amy and Cyra went out to eat before heading to Radiant.  All in all, I’d say it must have been a good day.  She looked really cute today too.  She wore her hair in braided pigtails and had on a jean skirt, a couple layers for her top and boots.  Too bad she got back kind of late.  Amy came in with her and was waiting on Nick, who left the church later than them.  They’ve also only got one functional car right now, so she needed him so they could take Eli home.  It’s all good though; Amanda was tired anyway.

I’m due a haircut.  I told Amanda earlier in the week that if she didn’t cut it by Thursday that I was going to buzz it.  I’ve been telling her that every day, but neither one of us has done anything about it yet.  She told me tonight that she was getting tired of me threatening that, but really I only say it because my hair is getting silly and that’s the only cut I can give myself.