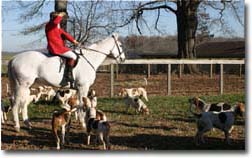 Today we had Thanksgiving Saturday, which I guess is becoming a Dotsey tradition. It just works out really well with two of the four of us kids having in-laws (if you will).

Jackson, Dad and I went to see Mom off on a fox hunt today. I’ve never seen so many dogs all together. One of them apparently peed on the Prius.

We got back and picked up Amanda, who had showered by then, and went to the Speedway Café for breakfast. Mom and Dad took Jackson there yesterday so they knew him there by now. One of the ladies even remembered his birthday. 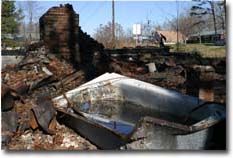 Everyone but I drove back after that. The Speedway is right at the end of Bill Poole Road where my parents live, and right across Bill Poole from where that is the fire department had burned down an old house. I thought it’d be cool to get a few pictures of that, so I did that then walked on back up he road. Behind the first house I saw what looked like the remains of another house or building that was even further gone, so I took some pictures of some of the remnants there as well.

Around noon Dad took Jackson back up to where the hunt would be coming back. I took a shower then Amanda and I headed into Durham to get a few things for dinner tonight. Not too long after we got back my cousin, David Cherryholmes, came over with Axana (sp?), his girlfriend from Russia. Her nickname is Xusha. Since she’s small and blonde Jackson just called her Mommy. Mom, Dad and Jackson got back a few minutes after they came. I took Jackson for a ride on the four wheeler then let David and Xusha have a go.

Jackson was terrified of David, which he pronounced something like Dammit, although he kept asking about David when he wasn’t around, and he did give him a nice hug when David was leaving. That was the first time he let David really touch him today.

Aunt Reggie showed up then my baby sister and mother of my nephew Andra, along with her fiancé and father of my nephew Josh, showed up. Dad had Jackson at the time and Jackson gave them initially warm welcomes but then wanted to go right back to his Pap.

Dinner was very good. We had all the regular Thanksgiving items; turkey, cranberry sauce, mashed potatoes, cream corn and the like. Andra had brought some pie, which I was too stuffed to eat until much later.

Towards the end of dinner Andra and David got into a debate about immigration. Amanda and I chimed in sparingly, and fortunately Josh wasn’t around for most of it. I thought they both made some decent points, but I think Andra’s motivation was a little bit off.

Throughout the night David helped me upgrade a Linux partition he’d installed for me some many months ago. If I can get the wireless to work on it I’ll probably start using it quite a bit.

Eventually everyone left. Dad and Josh watched Notre Dame and South Carolina play football while I intermittently checked the message board on www.scout.com to see feedback on the basketball game between Duke and Davidson. Duke won by twenty-eight or so, and played their defense very well but apparently they still need a lot of offensive work.

I was made to change an extremely messy diaper of Jackson’s. I was in a little over my head with that one, but Josh helped out. Jackson kept offering to do it himself.