A History of Kisses

A History of Kisses 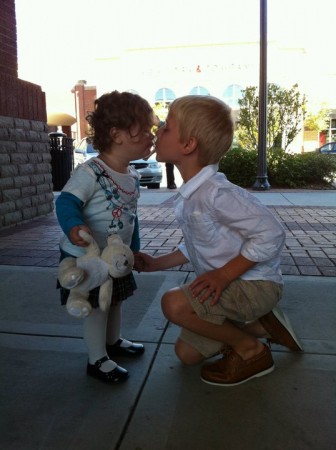 When I went to get Milly up this morning, she kissed her babies (CT Bear and Sweet Pea) as she was standing herself up in the crib.  She’s been very kissy lately, which is cool.  She used to lick you when you asked for a kiss, then she stopped doing anything.  More recently she’d usually just lean her forehead towards you so you could kiss her or she’s press her cheek up against you.  Now she presses her lips against you (sometimes puckered) and says, “Mmmah!”

Jackson and I went to Lowe’s Food to get a few things for breakfast.  As you might recall, Milly and I take a walk up there most Monday mornings, but I just drove and only took Jackson.  I don’t think he’d have enjoyed walking that far, plus we took a bunch of recycling. 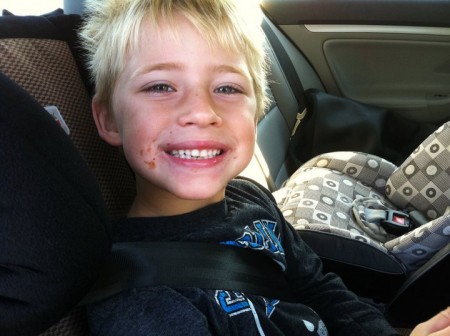 I did stick with the tradition of buying a long john, but whereas Milly and I usually split one, I let Jackson pick out his own pastry and he just happened to pick what I usually get.  The cream was a bit too sweet for him though.

In the meantime, Andra took her car to the Volkswagen dealership.  Yesterday their brand new Jetta started making a loud rattling noise when the AC was turned on.  Apparently their temporary registration form had slipped from the glove box to the interior of the car.  HUH?  Anyway, they got it out.

In the meantime of the meantime, Amanda made pancakes, sausage and eggs for breakfast.  Milly was napping by the time we ate, but Andra managed to get home in time.

Eventually we all made our way to the beach, where I took pictures of the Sawyer clan and Andra took some of us.  We ended up taking about two gigabytes of pictures, although the first memory card did have other pictures from the weekend on it.  Still, I had to take a bunch because not only was it hard to get Addie’s attention, but Jackson wasn’t in the best of moods.

Andra, Josh, Jackson and Addison left from the beach.  It was great to be able to spend a few days with them.

Milly was a little fussy for most of the afternoon.  Maybe it was because she was crashing from having so many people around for several days straight.  Amanda and I ended the extended weekend by watching the last two weeks of Supernatural and this week’s Big Bang Theory.