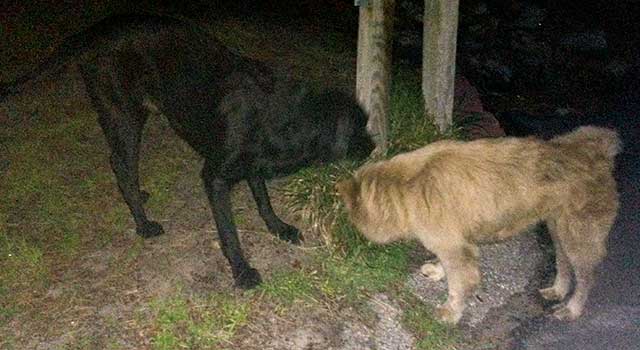 I switched things up a little bit for my run today and instead of setting it on a free, no goals run, I set it to a 5K distance run.  I wasn’t feeling much like jogging this evening, but I found that setting a definite distance like that gave me a bit of a psychological boost.  The Nike app let me know every time I hit a half mile marker then started giving me distance markers until completion.  It kept me from glancing at it to see how far I was.

As I was jogging today (I went the whole 5K and only walked after that for a cool down), I thought to myself how I’d told Adam the other day on Facebook that I was starting to enjoy it.  I realized, however, that that wasn’t entirely true.  I do not really enjoy the running itself, but I enjoy accomplishing the goals and seeing the progress, which has been surprisingly fast, I feel.

I also took a good look at my gut today and was pretty disgusted by it, so I feel properly motivated.

It rained a bit this morning, but Karen finished walling up the flower bed she started a few weeks ago before that happened, then she and Milly played a bit inside and when the rain was done they went to the arboretum.  Apparently there’s some sort of secret garden there, because Milly was telling me about it.  In whispers, of course.

Milly’s also been having a time with her Sims.  Amanda loaded a free version of The Sims on the iPad and Milly loves it.  Recently, however, she’s learned how to buy things.  Amanda and I will turn it on after her to try to make more money, but then it just sort of disappears.  Today Amanda found that Milly went from having over $3000 to pretty much nothing.  When she jumped around to the different Sims’ houses, she discovered why.  One of them, Ken Woody II (a Toy Story-inspired name, in case you’re wondering) had, in addition to the one in his bathroom, a toilet in his bedroom and four more in the middle of his living room.  This news cracked me up.

Amanda wasn’t feeling great and Milly told her to stay downstairs anyway, so I helped Milly get ready for bed tonight.  I decided to try something new though.  I let her do everything on her own.  She took longer brushing her teeth (though she’s been pretty good about doing that for a while now anyway) and she didn’t wipe very well after going to the potty (I did help with that- I told her if she didn’t wipe well then her giney would be itchy and she told me she wanted it to be itchy), so I helped with that.  She did a pretty good job of it all though and even pulled her pullups up pretty well.  After that she found the kazoo she got from Gavin’s birthday party and wanted me to do a song with it.  I asked what song and she said a Rapunzel song, so I did the one from the beginning of the movie (When Will My Life Begin?), and after that she wanted the Dream song.  Amanda came up after that and Milly sat in her lap while I read The Hungry Caterpillar.  And then once all that was done she had me lie on the floor with her so we could look up at Lady’s stars.

When all that was done I came downstairs to find Amanda looking out the door.  She’d seen two dogs wander by: a black lab and a small chow, and wondered whose they were.  I went out to find them and see if they had collars.  They were at the end of the cul-de-sac and they did not have collars, so I wasn’t sure what to do.  The lab kept barking at me, so I didn’t try to pet him, and I never did pet the chow because I was getting mixed signals from her, but I did get them to follow me, and they followed me all the way up the half mile or so of the road I live on.

I’m not sure what my plan was.  Maybe to walk the length of the street to see if someone was out looking for their dogs?  Bonnie, who seems to know just about everyone in the neighborhood, didn’t know whose they were.  I stopped by Gavin’s to see if he knew whose they were, since he lives further up the street and knows more people than I do, but he didn’t either.  So I kept walking and wondering what I was going to do.  I could only think that if my dogs got out, I wouldn’t want someone leaving them wandering around, especially as it was getting dark out.

Eventually, on the second-to-last road in the neighborhood, they turned, so I figured, hey, let’s see if we find anything here.  They walked up the steps to one of the first houses on the street, so I knocked on the door (after the lab came back down and moved, since he didn’t seem happy to have me on the steps).  The guy who answered the door said they were his neighbor’s dogs, so I walked over there and knocked on that door several times, but nobody answered.  I looked around a bit and saw that the chain link fence was held together by a bungie cord and that the bottom was a little bit apart, so I opened it up wider and the dogs walked right on it.  As I was coming down the driveway a car pulled up.  I felt a bit awkward walking out of the lady’s driveway in the dark, but I explained what happened and she thanked me a bunch.  Apparently they’d gotten out before.

So that was my good deed for the day.  I celebrated by coming home and getting Amanda some OJ and an Aleve, putting some clothes in the dryer and grabbing a blood orange Chobani yogurt for my late dinner.  (Now I’m hungry again.)  I didn’t get to eat it yet though, because Milly was awake and wanted me and Amanda to both lie down with her and look at the stars in her room.  We were laying down like a family, as she said.  It was too sweet to pass up.

Amanda was watching The Bachelorette and wanted to finish watching the group date part before we set to watching more Modern Family.  As she was watching some of the guys trying to be chivalrous gentlemen, I thought about how I was sitting across from her licking the remnants of Greek yogurt out of a plastic cup and wondered if she thought anything of it.  I’m sorry, but there’s just so much that the spoon can’t really get.

The bachelorette found out that one of the guys called her kid baggage and told him to get the eff out of there.  Then she spent time wondering if any of the guys would get her back if it came down to something important because she thought they were keeping it from her when, hello, this one guy told her what was going on.  So she at least had one guy there who had her back.  Of course, if I were on the show I’d be hesitant to call someone out like that because (as much as I do hate to admit this), I’ve seen enough of these shows to know that a lot of times when someone passes info like that along, the bachelor or bachelorette tends to dismiss it and gets mad at the person who told them.

I still love my trackpad, by the way.