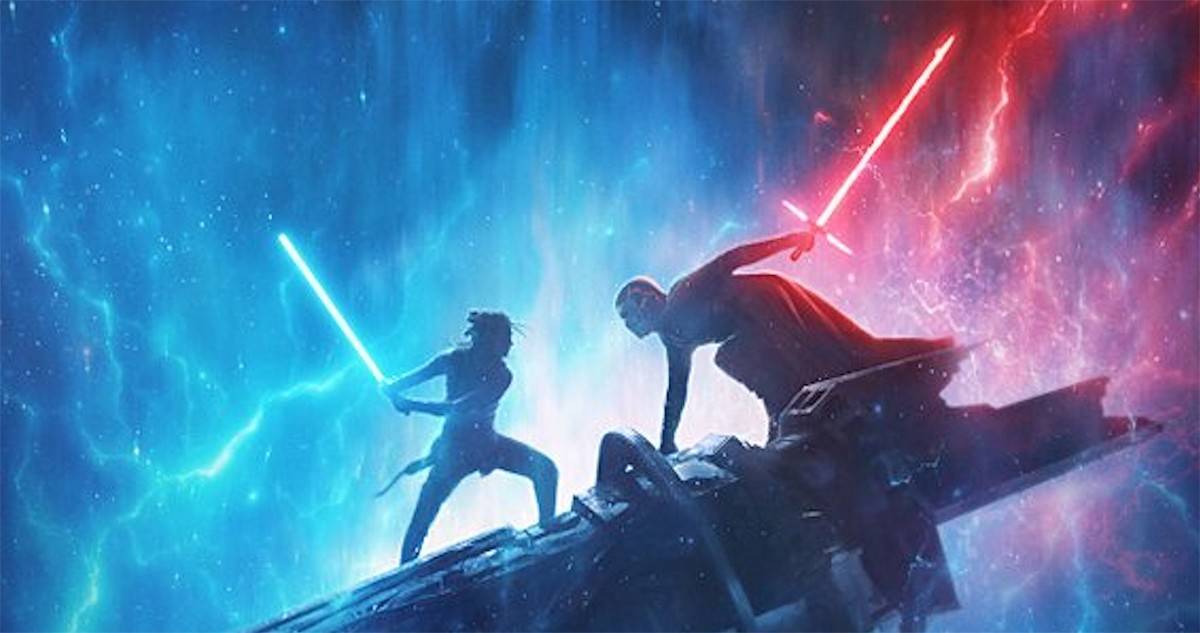 No, this isn’t a picture of me and Tristen during our fourth anniversary. We went to see Star Wars: The Rise of Skywalker. Star Wars movies tend to come out around her birthday and we’d been meaning to go see it, but sometimes it’s hard to schedule time for us to get out together. Her mom and her sister came over to watch the boys and put them to bed for the evening.

It was also a Milly day, and it was a play practice day (she’s the Genie in her school’s production of Aladdin, in case you don’t recall), so she got out of school later than usual. Since she’d have hardly any time at all at home, I picked her up, we got a snack, then we went to Castle Hayne Park, just because she wasn’t sure if she remembered that one or not. We didn’t do a ton, but we had fun spinning on a carousel kind of thing.

Torrie was feeding the boys when I got back, Tristen was getting ready to leave, and her mom showed up before we took off. Tristen generally hates to leave people to do the bath and bedtime stuff, plus we had just set up a bunk bed for the the day before.

Oh, I should talk about that. 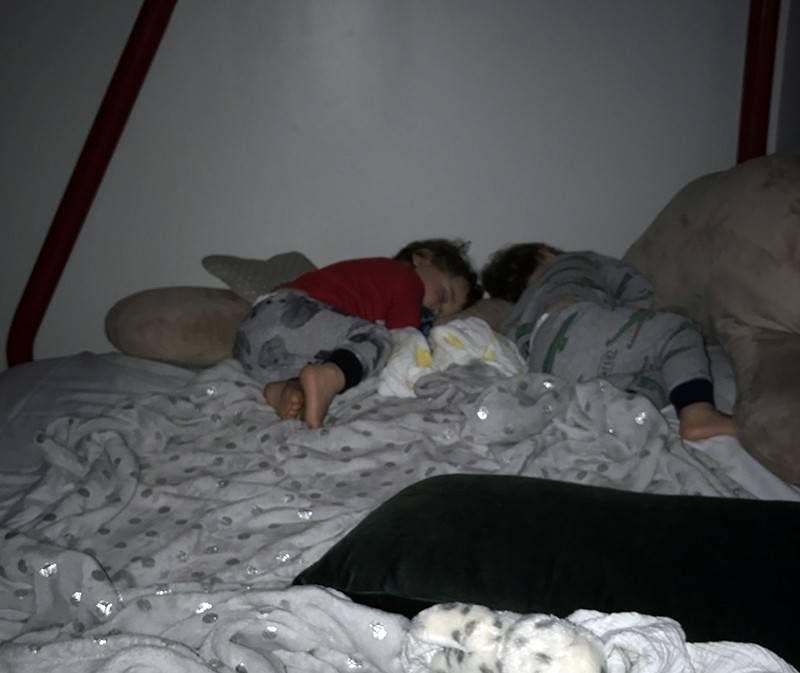 We got a bunk bed a few weeks ago off of Craigslist. We got rid of two of the cribs a while back and moved the twins to floor mattresses. The primary reason we did that was because Fawkes was showing that he could get out, and Phoenix wasn’t far behind. We also thought it might be nice to have them used to not sleeping in cribs when we go to Cozumel in a few weeks.

Anyway, the floor mattresses went alright, but they were getting up earlier than they used to. For the most part, Phoenix slept on the mattress and Fawkes would end up on a maternity support pillow at the foot of the mattress.

Still, we knew we’d need to get a bed at some point and Tristen found one for a really good price. We’d have set it up earlier, but we needed a mattress, just one for now since we obviously aren’t going to use the top bunk yet. And being right after Christmas, money was a bit tight. But Tristen also found a very affordable one on Amazon. It’s only five inches thick, but it’s decently comfortable, and fine for toddlers.

They loved their bed on site and were pretty crazy when getting ready for bed. I figure that’ll wear off at some point.

Griffin is still in a crib, of course.

So at any rate, Tristen is always hesitant to subject people to putting all the babies to bed, but Laura and Torrie wanted to help out for our anniversary.

So we went out after a bit of a frazzling day. We were both a bit worn out I think, but it was great to be able to go out and see a movie.

As for the movie itself, I was kind of mixed on it. There were a number of head scratchers for me, like how powerful Rey and Kylo Ren were at times, but then they didn’t use the full extent of their powers at other times. And how Force ghosts can do more than they’ve done before. And how the hidden planet had so many people and so many starships with the kind of weaponry they had. And some other stuff. The biggest thing for me is that I wanted a bit more “balance” of the Force at the end.

All that said, I did enjoy the movie. It had some really fun parts, good action, and some very touching moments. I’d like to see it again to see how I feel about it after another viewing.

After the movie we went to Buffalo Wild Wings. Christian, my former cousin-in-law, was coming out the door when we were walking in. He said “Hey,” to us, but with me not expecting to see anyone I knew there and the light behind him making it so I couldn’t really see his face, I didn’t realize it was him at first. We all chatted for a minute and he told us he was there with a few guys. One of those guys was Greg, who is one of Milly’s best friend’s dads, and another was Brian, whom I kinda knew a little. There was another guy I didn’t know, but they all play music at Port City Community Church. Everyone was cool with us, which was very nice.

They told us that the Tar Heels had just lost to Pitt, which put them at 1-3 in the ACC and losing seven of their last ten games.

Duke was playing Georgia Tech, although I had the game recording so I wasn’t stressing out about being out, but being that we  were at Buffalo Wild Wings, they had the game on there. It was a tough game with the Yellow Jackets starting out pretty strong, Duke taking a decent lead, then Georgia Tech getting back into it. Duke finally put it away starting with around three minutes left and won 73-64. Tristen didn’t seem to mind too much that I was watching the game, but I wasn’t rapt on it, as I was enjoying the company of my extremely engaging and beautiful wife.

We left around halftime and headed back home. She about fell asleep on the couch, and that was our fourth anniversary.

Oh, we got each other Apple Watch bands. Not the sexiest  gift in the world, but, like I mentioned before, we’re still recovering from Christmas and we’re going to Cozumel soon, so we didn’t feel the need to go all out.

You are my absolute favorite person. And the best man I know. Thank you for loving me and vowing forever. I hope we get even more. We couldn’t do it without you. Happy anniversary my all my mirrors my favorite. ?????????????? @dotsey #myfavorite #mymirror #happyanniversary 4
Years and eternity to go ?

Four years ago today I married my best friend, the coolest and most beautiful chick I know. Since then we added three more kids to the one I brought along and our life has changed in big ways. Through it all: the ups, the downs, the right-in-the-middles, we’ve got each other, and there’s no one else I can imagine going through it all together with for however long we’ve got. Only fools rush in, but I can’t help falling in love with you. My heart, my mirror, my all.

She included a bunch of pictures from the wedding. I only posted one, but funny enough, as she pointed out, we both had pictures of me dipping her for a kiss.