The Rest of the Arrivals

The Rest of the Arrivals 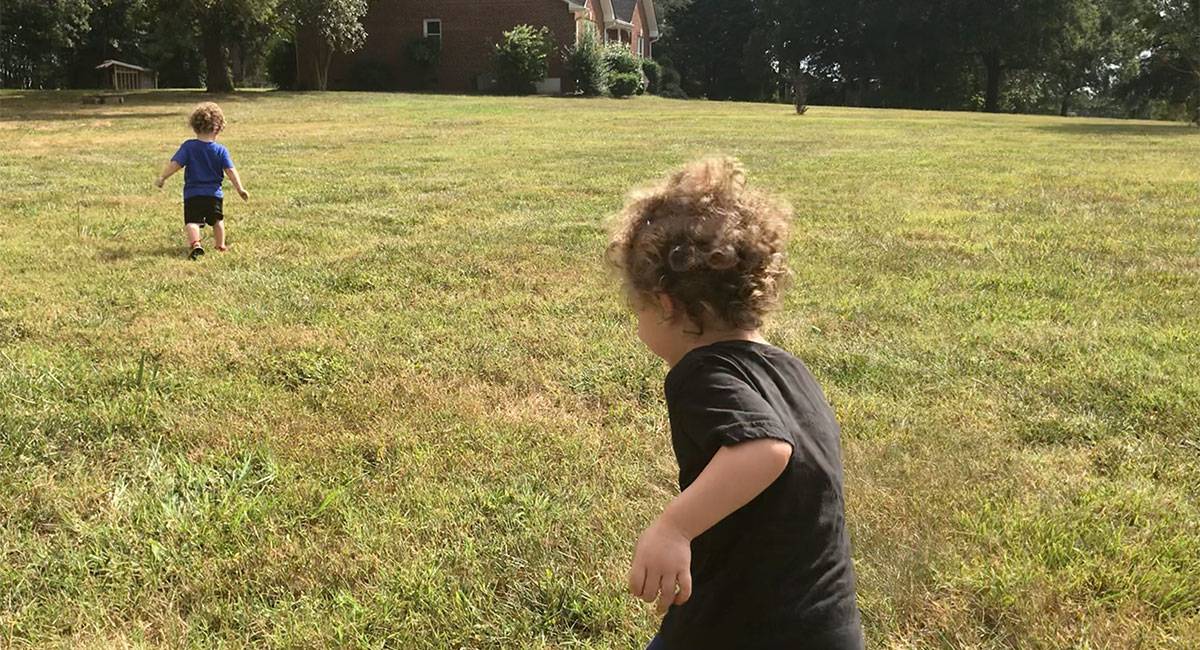 I woke up a little before 6:30 and checked the baby camera to find Fawkes starting into it. I got him up and let Phoenix sleep in a little it. Not too much later though; I didn’t want their schedules to be totally off from each other. Same thing happened with the nap: Phoenix slept in a little more.

I took the boys out for a walk after their nap and lunch. We looked at the horses then, being by my parents’ previous home I thought I’d let them walk around the porch there. It was unlocked though, we went in. I’m guessing they probably don’t remember having stayed in that house before, and they’ve probably never been in an almost totally empty house. They really enjoyed running around in it though. Fawkes closed every door he could, and when they got to the bigger upstairs room they just ran around in circles.

Tristen called while we were there and told me that she, Griffin, and Erin had just gotten to Durham, so after a few more minutes I herded the twins back to the current house. My dad had just gotten home and played with the boys a bit and Tristen arrived a few minutes later. They were very happy to see their mom, of course, and Griffin seemed pretty happy to see me.

Andra left from Gastonia a little later than she expected to, plus they ran into some heavy rain and road work, so they didn’t get in until after 10.

Before they got here, Dad, Tristen, and I took an inflatable bed, sheets, and pillows over to the other house for them. Dad left and I talked to Tristen about my ideas of what would go where if we lived there. We’re not moving there, but the seed was planted in my head and I really like the idea.

Andra arrived with Milly, Addy, and Addy’s cousin Mia, who had made a few trips to Rougemont, not too long after Tristen and I walked back to the current house. It was good to see Milly after almost a week, of course. We all hung out for a little while until the ones who just came from Gastonia headed to the old house to head to bed.