The Girls at West Point

The Girls at West Point 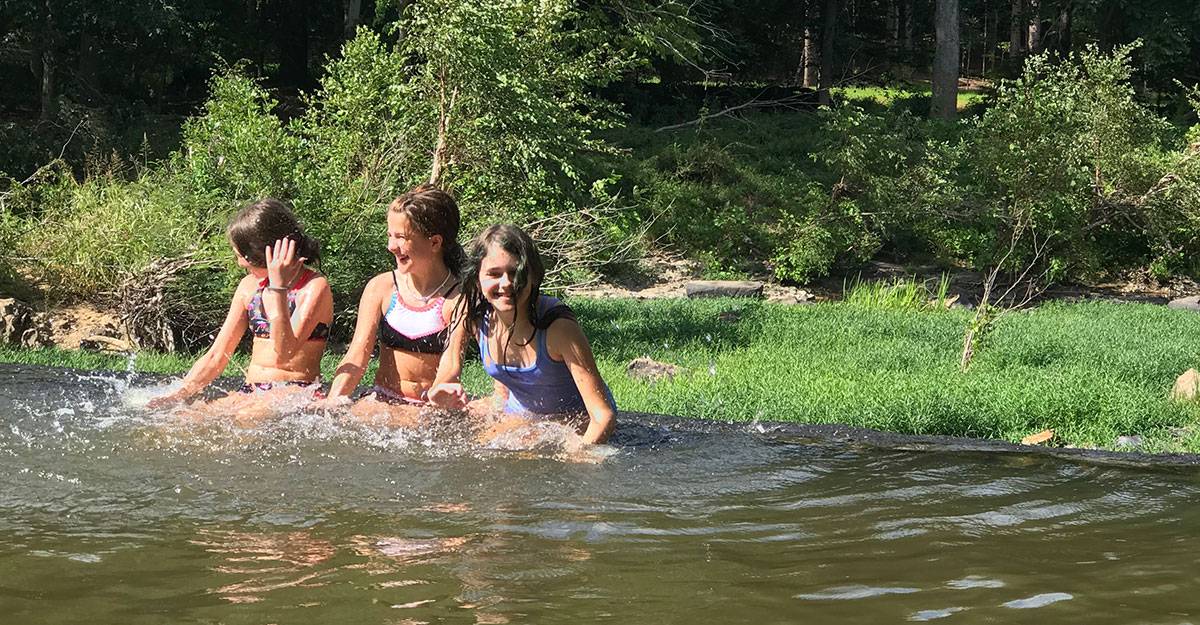 I told Tristen on Thursday that I was thinking of taking Fawkes and Phoenix to a West Point on the Eno, a park I was fond of growing up. I’ve often wanted to take the kids there. Dad and I took Milly once when she was very little and we had the second part of a high school reunion, one where families could bring kids, there as well. But we never did much nature stuff. I grew up playing in the woods and really enjoyed that, and I want my kids to have some appreciation of it too.

Anyway, I told Tristen I was thinking of taking the boys, but she said she’d like to be able to go too because we don’t usually do much going out while we’re visiting my parents aside from going to a store or something. And so I decided I’d see about everyone going.

It wasn’t the best planned thing. Andra and Dad were working on removing wallpaper from the master bathroom in the old house almost all day. Mom worked some. I worked some. Milly, Addy, and Mia didn’t really want to go at first. Then by the time we were ready to go after all the boys had napped and such, with everyone going we were going to have to take two cars.

Long story short, Tristen decided not to go, so I ended up taking the girls. 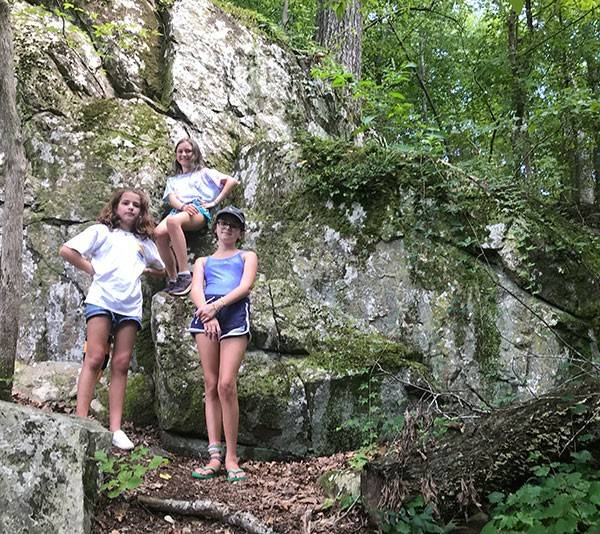 It’s been many a year since I’ve gone past the picnic area there, and when I got there we just headed off on the first trail I found. We eventually made our way to the Eno River, but it was more of a scenic spot than anything. We followed a trail in the general direction back towards the more popular area, stopping to check out the river a time or two more and do a little climbing up steep paths and posing with large rocks here and there. Addy was definitely the most enthusiastic about our nature walk, but all three girls said they really enjoyed our walk through the woods.

We eventually got back to the part with the dam, which is where most people hang out, do some swimming, that sort of thing. There was a good number of people there, but it wasn’t hard to maintain social distancing. The girls had worn bathing suits and went to swim around the water and sit on the dam. I hadn’t brought one, but I was content to sit on the shore and put my feet in the water a bit.

I think we were at the park maybe an hour and a half. The girls didn’t want to leave, which made me very happy, especially considering that they didn’t much feel like going in the first place.

Of course I had forgotten to pack towels, so they got the seats a bit wet. Later on after we got back Tristen had opened the doors to help the car dry out, but nobody remembered to close them before a sudden downpour later that night after we’d already gotten in  bed, so I ran out there around midnight and slammed all the doors shut.

Outside of that, Fawkes, Phoenix, and Griffin were all very excited to see Milly and Addy and Mia when the girls came over from the old house in the morning.

I helped Mom set up a premium YouTube account on their TV and subscribed her to my YouTube channel and Milly’s, after which everyone watched some old home videos and marveled at how different (and same) all my kids look now. Mom decided to watch videos of mini campers after that, and of fancy horse trailers after that.

Phoenix woke up again. He’s done that every night. He also didn’t nap today, so we figured he’d sleep a bit better. Alas.

PrevPreviousThe Rest of the Arrivals
NextNew Beds for Fawkes and PhoenixNext