An Extra Hour of Sleep

An Extra Hour of Sleep 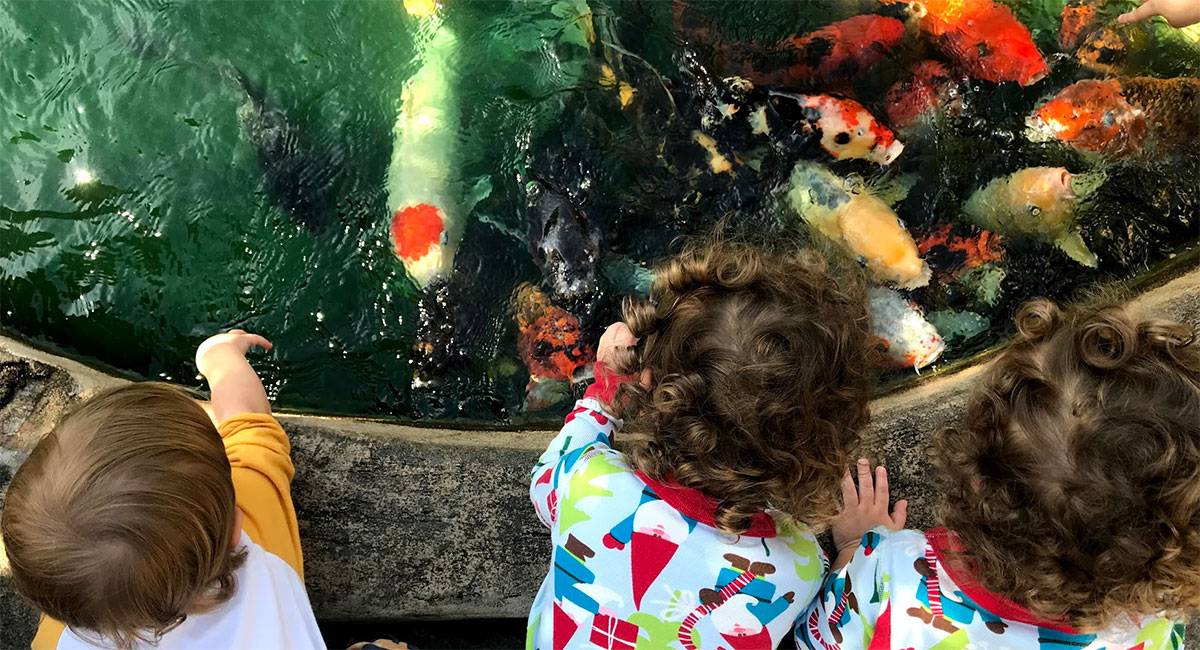 I ended up getting my screen replaced. It got to the point where a bunch of it was unviewable and it would detect touches even when it wasn’t being touched. 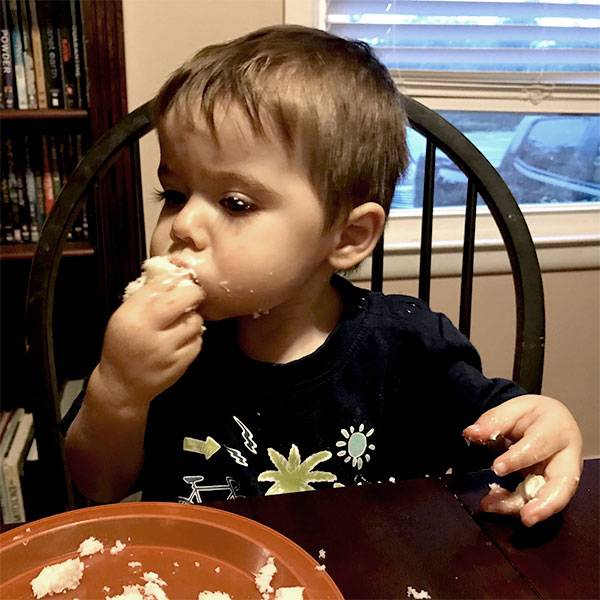 Today was the first day of early voting in North Carolina. It was crowded some places, but Torrie went early and told us that she was in and out at the Arboretum. I didn’t even know they had voting there, but that’s where we went. It took a minute for my ballot to print and there was a bit of a line to feed the ballot into the machine when we were done, but it really didn’t take any time at all.

We took the boys with us. Tristen had Griffin strapped to her back and I had Fawkes and Phoenix in a stroller. I didn’t strap them in and they were kind enough to stay in it. Got lots of compliments on how cute they were.

Hung out at the Arboretum for a little bit when we were done voting. Boys had never been there that I can recall. Some little girls were at the koi pond and one knew a trick to getting fish food out of a coin-operated feeder and kept giving some to all of us to give to the fish.

Came home, did a lot of work. Went live with a professional baseball team website while they were doing a press event announcing the name of the team and the logo. There will be a lot to update for the site that wasn’t quite ready yet, but it’s a pretty nice site if I do say so myself.

Tristen has always lamented not having her Ford C-Max, which we traded in for the van because our Kia Sorento had too much left on the loan, but we really needed a van. She’s been looking into options the last few days and, long story short, we’re trading in the Sorento, which does still have a good bit left on it, for a C-Max. It’s a 2013, but has good miles and all the things she liked from hers, which was either a 2013 or 2014. She used Carvana and we should be getting it in one week.

I’ll miss the Nikki, the Sorento. It’s the nicest car I’ve ever bought myself, nicest one I’ve owned, I suppose, but it really doesn’t make any sense to have it. We got it because we needed more room for driving with Milly and the twins, but we outgrew the day we knew Griffin was coming.

We’re also getting a free king sized mattress, which means we’ll need to sell off our current bedroom set, which is a queen bed, large dresser, and two end tables. I’m okay with it, but I’m a bit… what’s the word? Not looking forward to having to clear out all the drawers and figure out where to put our clothes since we’ll have less storage space. I suppose I could get rid of some clothes…

Plenty of stuff going on with the kids. 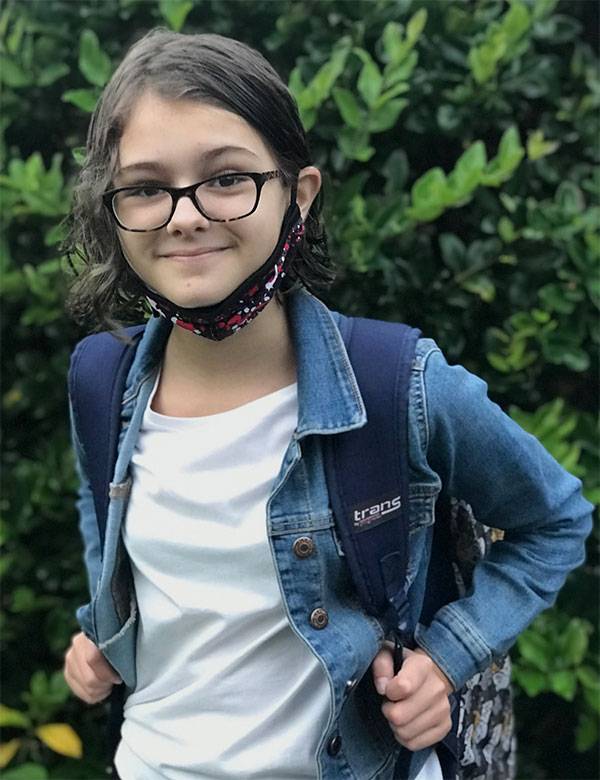 Milly has really upped being a big sister, in my opinion. She made lunch (grilled cheeses) for her brothers a couple weeks ago and this past weekend after I joked about making her get up to take care of the boys in the morning, she actually did it. It was Tristen’s turn to get up that morning and she heard some noise and was surprised to see Milly up. She hung out to supervise, but it was really cool that Milly did that.

Milly’s favorite show is Gravity Falls. She really wanted me to watch it with her this summer and we finished the last couple episodes this past weekend. I really enjoyed it, honestly.

She’s back in school part-time, going in on Mondays and Tuesdays. All kids are schooling from home on Wednesdays to give the school time to do deep cleanings as well as keep kids separated enough to reduce the chance of everyone getting sick, and then Milly’s at home on Thursday and Friday too.

Even in school they’re maintaining strict distance and wearing masks. They can only go to the bathroom at certain specified times and only a couple people are allowed in at a time. So while she’s not getting the full middle school experience (they’re not even using lockers), she’s enjoying being around people.

I think I’d like the schedule she’s on now, with two days in school and the rest out. 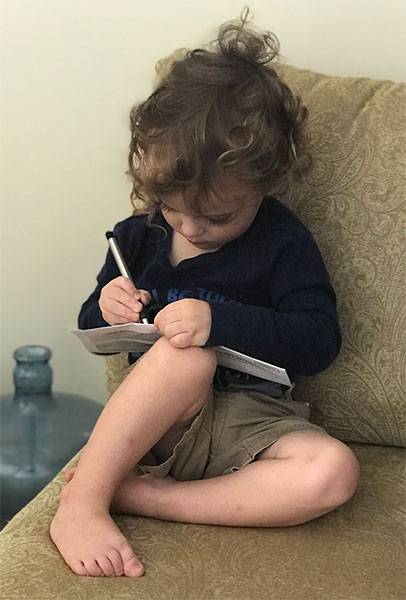 Fawkes is more chill of late. He’s very expressive and easy to laugh. Every evening when Tristen opens the gate from the dining room to take the boys to the bath, he’ll run to the living room and always act like he hasn’t seen me in forever. I think he thinks he’s being clever.

He also enjoys getting a pen or pencil and doodling on paper. He did it for a good little while the other day and did it again today.

Fawkes is very talkative when going to bed. “Hi Daddy!” he’ll say then pull your face in and babble at you.

For a while he’d get up at some point and go lay down by the door, sometimes calling out for us. Sometimes we’d let him fall asleep there and move him later. He’s been staying in bed lately, although he almost always falls asleep with his head towards the foot of the bed. 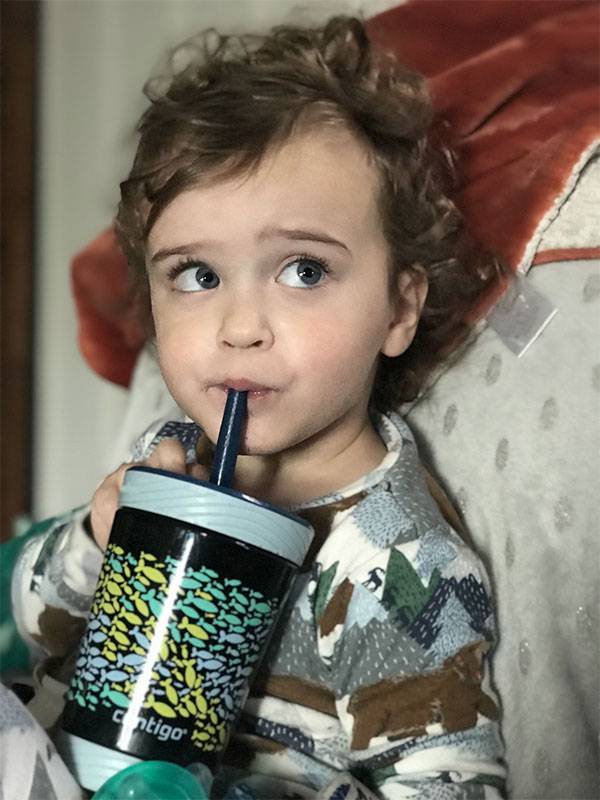 Poor Phoenix has been very emotional lately. He gets upset easily and flips out over small things. Just a phase, I’m sure, but he’s always worn his emotions on his sleeve more.

He figured out how to get over the baby gate into the kitchen. He hooks his toes into the little circles in it and kind of flips himself over it, although he hasn’t done it since the time he actually fell and smacked his head doing it.

Phoenix has been more into holding dolls than either of his brothers. There’s one in particular he was playing with during a visit to Nonny’s house once that Tristen let him bring home.

Kids go through TV and movie phases where they want to watch something all the time. Their big thing lately has been Little Einsteins. I mention it here because Phoenix is even more apt to request Stein than either of his brothers.

Phoenix was initially pretty resistant to Hazel, but he’s definitely warmed up to her. I’ve taken his hand and had him pet her before and talked about how soft she was, and since then I’ve seen him petting her some on his own.

Started talking a lot over the last week or so. Picking up new words every day, it seems. Definitely understanding concepts like “family,” as he’ll name people. He doesn’t say his brothers’ names yet, but he’ll say “Milly” (more like mih-mih, as opposed to the nih-nih Fawkes and Phoenix always said until recently, as it’s becoming a bit more of a defined word for them). He’ll even say “Dada” now and then. He told me “No no no” today, which he certainly got from his brothers admonishing him now and then. (Fawkes’s “No no no, Muffah!” is particularly cute.)

He loves climbing up on the kitchen table from his booster seat, so we’ve had to make sure to buckle him in. and will sometimes even pull chairs out so he can do it from the floor.

Griffin used to be a great eater, but now he’s more likely to throw food on the floor. We did, just this week, wean him off of having almond milk in the morning. Tried before, but he would spit up some. No more bottles for a few weeks now, and all on regular milk, which will save us a little bit of money. But man do we go through milk! 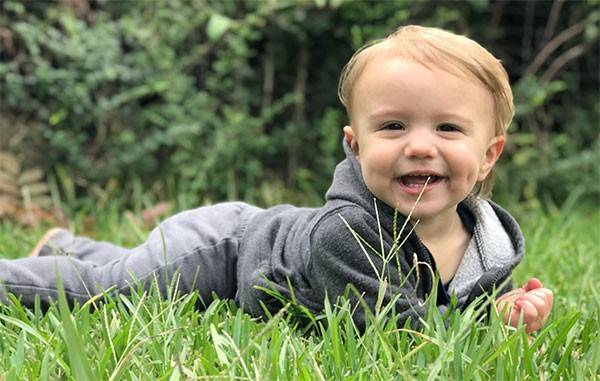 The boys have been to several parks lately, which they all love. Phoenix is more apt to go down slides and Griffin likes to try to wander off.

Recently introduced them to Curious George and Daniel Tiger, which might have a chance at unseating Little Einsteins at some point.

Most requested movie is Despicable Me 3, which they call “Me” or “3.” They still don’t often put many coherent words together, but it is happening more.

Been using our Hatch Rest, a nightlight/sound machine, to sleep train the boys to get up later. We told them not to get out of bed until the light turns green and the birds start chirping. Went from waking up between 5:45 and 6:00 to between 6:45 and 7:00. Incrementally, of course, but we were surprised how quickly they adapted to it. 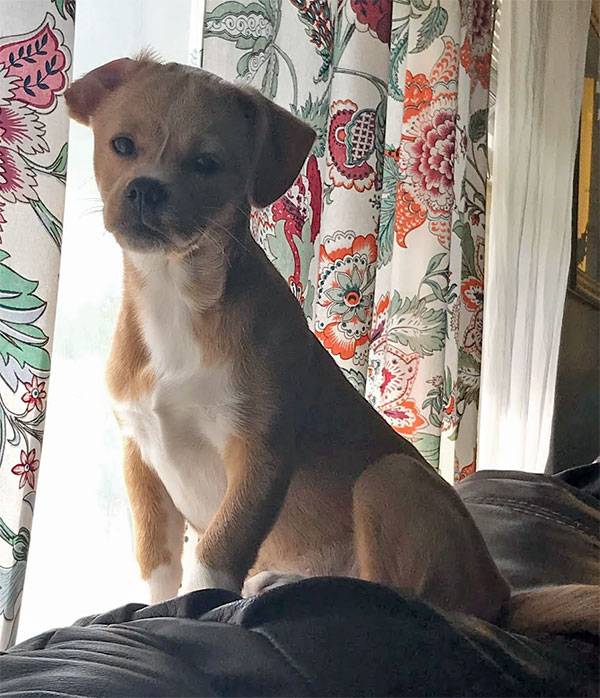 She’s still a puppy for sure. Gotten better about pooping outside, haven’t had any mishaps with that in a while. Pretty good about peeing too, although there has been an incident or two here and there.

Loves to hover around Griffin during mealtimes as he’ll actively try to feed her if we’re not keeping an eye out.

Really need to spend a little time every day working on training. She’s pretty smart and it would be a shame to let that go to waste.

She gets pretty crazy after the boys go down for the night until about 10:30.