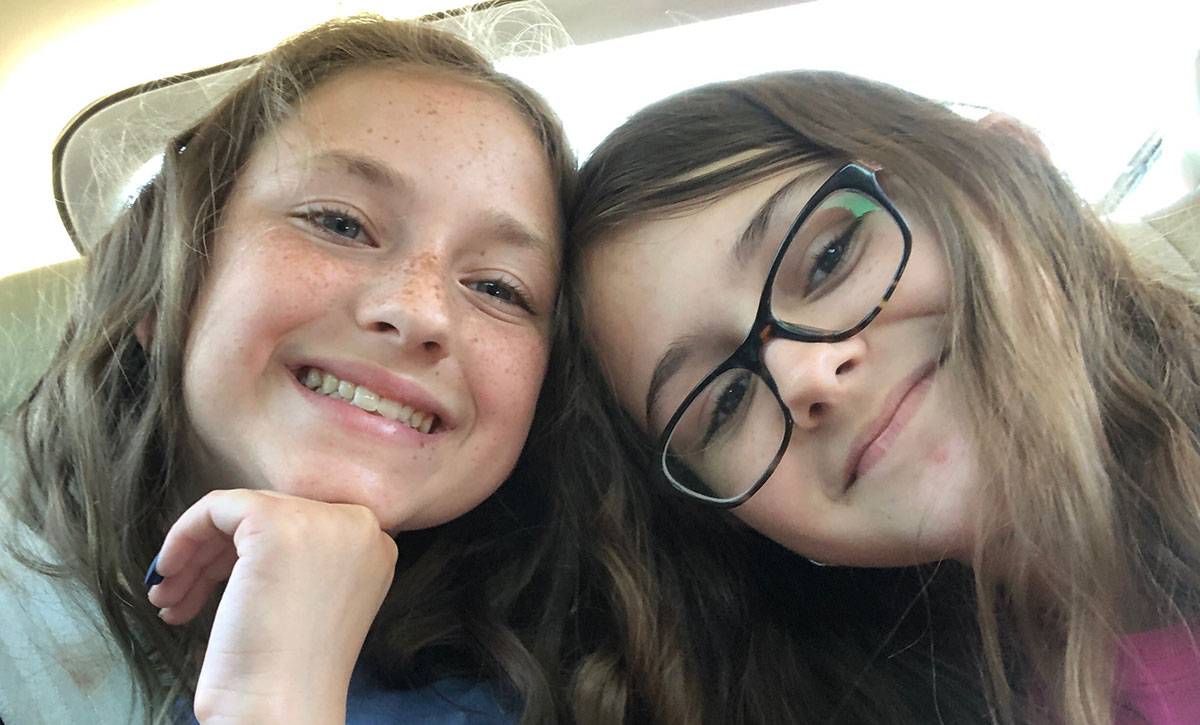 Yes, I know, I’ve been terrible at keeping up, and I always promise to do better. I usually end up working late at night, which crowds out the time I usually do this. I’ll make no promises then, but I’ll try to do better for my two or three adoring fans.

I picked Milly up today and we drove halfway between Wilmington and Gastonia to meet up with Andra and Addy. Milly’s spending the week with her aunt, uncle, and cousins, which she’s been looking forward to. Andra told me Addy asked if she could spend the following week in Wilmington, but with things planned and school (sort of? maybe? kinda?) getting back in session before too long, we figure we’ll have to perhaps try that next summer. Besides, as much as they love each other, I don’t know how Milly and Addy would do with two straight weeks together.

Milly’s had a busy few weeks. She was home this previous week, but the week before that she was at her Nana and Paw Paw’s, and the weekend prior to that week she and Amanda went to visit the Lambeths.

Back home, Tristen got up with the boys this morning. We take turns on days she’s not working, and I chose today over yesterday because I wanted to make sure I was rested for the four hours I was going to spend in the car. I fell asleep a little earlier than usual last night and got up at about 7:30 this morning and ended up letting Tristen take a rest. I told her the day before that really, I just didn’t want to have to be responsible for doing breakfast (the boys haven’t really eaten much of the last few I made them). She said she’d try to only be down for about an hour, but when 9:00 (usual breakfast time) got nearer, I decided to let her sleep a little more. She seemed exhausted when I got up this morning.

Speaking of the boys getting up, we started training them on when to get up in the mornings. They have a Hatch nightlight/sound machine that you can set to do different things at different times. All night it plays a static sound (it might be an ocean sound, I can’t remember) and has a low pink light, but Tristen set it to glow green and play bird chirping noises in the morning.

We started it at 6:00 and have been pushing it back little by little. I think it’s at 6:15 or so now. It’s worked pretty well so far. There were a few days that Griffin woke up early, which threw things off, but outside of that the twins did a pretty good job with it. Tristen and I both happened to have woken up just before the time it went off on the first day, so I pulled up the camera. Fawkes and Phoenix were both sitting up in bed, but they didn’t get up. Then as soon as the Hatch changed, they shot up and scrambled out of bed. It’s amazing how much they can understand and remember at just two-and-a-half years old.

Since I haven’t updated any baby milestones in forever, here are some:

Fawkes started calling Griffin “Muffa.” It sounds like a cross between muffin and mofo, so sometimes we call Griffin “Muffin” now. Previously he was called “Sin Sin” for “Fin Fin.” Both Fawkes and Phoenix can make the “f” sound when you ask them to do it on its own, but neither will do it when saying words. Like, ya know, any of their names.

Griffin himself is starting to say some words. He’s been able to sign “eat” (his favorite thing in the world) and “more” for a while. I think both Tristen and I are “Mama.” He’s been saying “bye bye” for quite a while, but it sounds like a sarcastic southerner. He can say “up” and “ball” and I think he’s starting to say “paci.”

He’s been getting around just fine for some time and now he’ll chase his brothers around, which they all seem to enjoy (usually). It’s funny and a little sad though that both Fawkes and Phoenix will get really annoyed if so much as Griffin’s foot is touching their leg, but they hardly ever mind being crowded up on each other. Obviously they’ve shared space since the womb and even at night when we put them on opposite sides of their bed they end up next to each other most nights, at least for a while.

Speaking of beds, Tristen’s got it in her head that she wants to try putting them in separate beds. I’m pretty blasé on the idea, mainly because of the space and the expense. Of course her mom’s neighbor-friend Ann happened to have put a bed out by the road yesterday, so that’s obviously a sign, right?

Griffin seems to be trying to cut himself down to one nap. We’re slowing trying to push back his morning nap, which can be a little complicated because that makes it overlap with Fawkes and Phoenix’s nap, but he’s hardly down at all for most of his afternoon naps lately, so there’s so we’re trying to adjust. 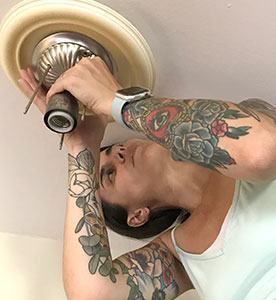 Tristen’s been pretty handy of late. She bought a new ceiling light for Milly’s room and took that was there previously down, put up the new light last week, and today she took the fan down from the boys’ room and replaced it with the one that had been in Milly’s room. Milly’s room is always hot or cold (whatever the thermostat dictates) because it’s not a huge room and the vent is on the same wall as the door, so it doesn’t blow out of the room. All that is to say, it doesn’t really need a fan, and Milly likes the new light anyway.

She also, today, installed a light in the foyer that we bought before Griffin was born. That one’s been bugging her forever.

She was appreciative of me watching all the boys while she took care of these projects that have been weighing on her. Now all we have left to do it fix the kitchen sink, buy a bed, remove the existing bunk bed from the boys’ room, put up both beds, finish a wardrobe/dresser she got from someone’s yard, replace the awning in the front of the house, add a deck or patio to the backyard, fix up the fence, replant some trees in the front yard, add some landscaping to them…

It’s always something when you own a home, isn’t it?

I heard through the grapevine (it was on Facebook and Milly told me too) that my former brother-in-law and his wife had their baby yesterday. I’m very happy for them and wish the whole family well.

What else is going on this summer?

We’ve been pretty good about maintaining social distancing. Not perfect, but pretty good. We did go to Beau’s first birthday party, and a small backyard shindig Laura had. We hung out at Sam and Berk’s once and had an evening with Drew and his girlfriend. Tristen went out to dinner with some coworkers and I had a dinner with my friend Joey, who was in town for some work. And we’ve been seeing close family a good bit. That sounds like a lot, but that’s only a few instances over the summer, and given how much the COVID-19’s been spreading we’re curbing those interactions. And outside of seeing family, I think all of those cases were more than two weeks ago. I’m not 100% sure on that though because time is flowing really oddly for everyone this summer.

Work has been very busy for me lately. Last week I was hopping between about five different projects. My goal was to spend time each day on one project to get it to the point where I could show something to the client then hop to the next while I waited for feedback. It’s starting to get a bit more manageable now.