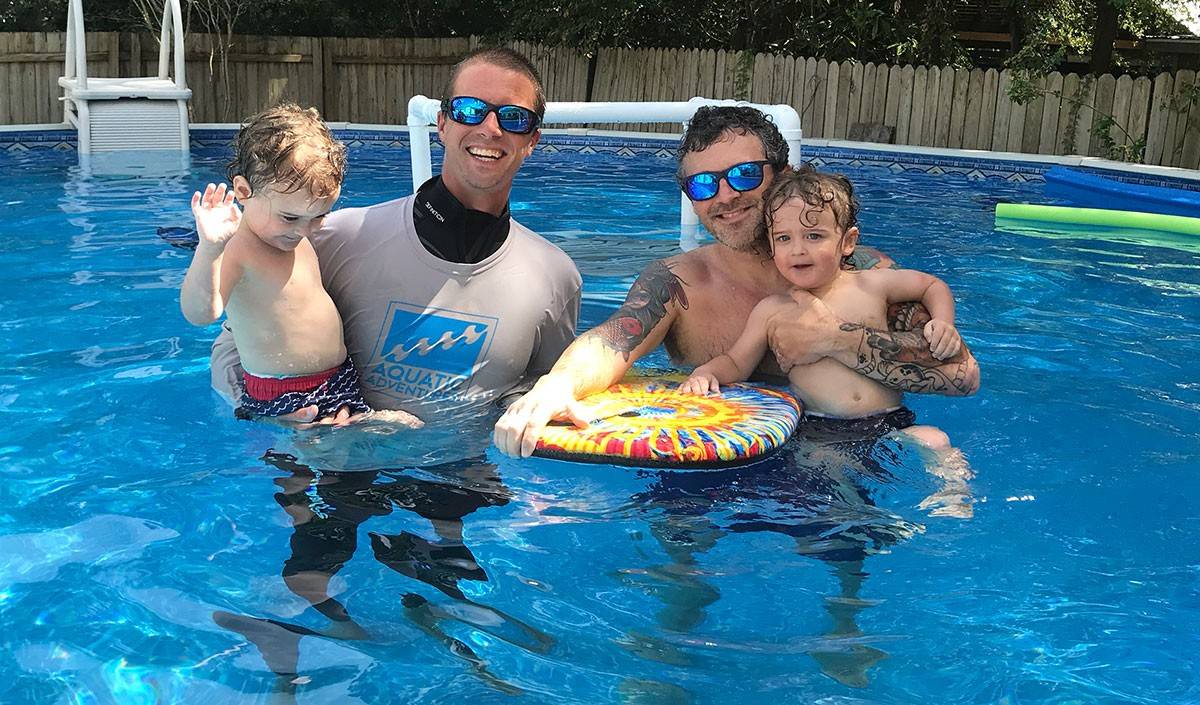 We had quite a bit going on today.

Normally Tristen is off work on Wednesdays and Thursdays. Long story short, there was a COVID scare with someone at her place of work (though the person had been out on vacation so they hadn’t been around anyone in the office in the time in question), so Tristen had to work today and yesterday while the coworker was awaiting test results. Fortunately, we found out today that the test was negative.

Fawkes and Phoenix were asking to watch Minions today, which for them can mean the movie Minions or any of the Despicable Me movies. The way they say it sounds very similar to how they say Milly (Nih-nih) so it usually takes me a minute to figure out if they’re asking for Minions or home videos. Of late though, it’s always been the former.

Really I say all that as a setup to say that Griffin joined them in demanding to watch Minions. At first I thought it was cool that he could say that, but then it dawned on me that he still doesn’t say any form of “Dad.” To be fair, “Mama” seems to be his word for any adult, including myself, but it would still be nice if he’d start to call me the right thing. I remind him of that every time he calls me “Mama.”

Torrie dropped Gabriel off for a little bit. Sebastian started Kindergarten yesterday, so he was in school.

Griffin went down for his nap around 11:20 and I put the twins down half an hour later. It was a bit earlier than usual, but their swim lesson was at 2:00, which is around the time they usually wake up so I figured it would be helpful to have them down a little early.

Tristen got home around 12:30 and I worked until we left for the swim lessons. We dropped Griffin off with Torrie and were on our way.

The lesson was really good. Clinton, the instructor, had a really good energy and philosophy. He wanted the boys to be relaxed and the focus was all about helping them feel they can do what they want while teaching them the motor skills required to help them know how to get around in the water. They’ve got five more lessons staggered out over the next few weeks. (Big thanks to Nonnie for helping out with that!)

Not surprisingly, Phoenix took to it better than Fawkes did. Phoenix just really enjoys the water so much! They both did well though.

Even though Tristen didn’t bring a bathing suit or get in the water, she ended up getting pretty wet from sitting in a puddle. Or maybe the boys got her wet. Or maybe both. Either way, she went to the van looked for something to wear and only found some jogging shorts that belonged to Milly. They looked about like hotpants on her, but she got them on. I thought they looked pretty good on her.

We picked up Griffin then went back to the house where I helped unload all the kids then went to pick Milly up from her mom’s. All hell ensued, apparently, as Fawkes fell off a chair (or fell down with a chair) then, after having settled down from that, cut his lip. Poor kid.

I had a work call come in a little bit before Milly and I got back to the house and stayed on that for a bit. I did some more work as Tristen got ready for the family photo shoot and Milly kept an eye on her brothers. Once I finished up the work I also got ready and got the boys dressed. 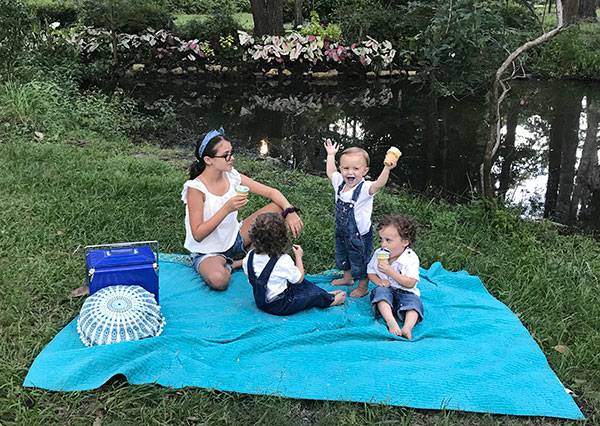 We were joined by Tristen’s mom, Laura, and met the photographer, Shannon, at Greenfield Lake. Tristen’s idea was to have a summer shoot and originally wanted to have the boys eating watermelon, but she decided to do ice cream instead. Cotton candy ice cream. With cones. And we dipped the ice cream into a cup of sprinkles. And we threw sprinkles at the kids, showered them with sprinkles. Oh, and that was after giving each one a cookie.

(The picture here is just one that Tristen took during the shoot, not one that Shannon took. )

It was a lot of fun, actually. Griffin was cheesing up the whole time. It was a little harder getting Fawkes and Phoenix to cooperate. Milly, she’s 11 you know, so she got to do the fun stuff but also help keep the younger kids in the picture.

Tristen brushed Milly’s hair back and put it in a ponytail and we all really liked it. It was like, “Oh, she has a face!” Even when she pulls her hair back it’s usually pretty loose. And it looked really nice when she took it down later too. There was some body to it.

The session lasted less than an hour. We started a little before the scheduled 7:15, but we were able to get everything packed up and get Milly back to Amanda’s right at 8:15. We went ahead and took her straight home instead of me dropping Tristen and the boys off for her to struggle getting them all in bed after all that sugar.

We had wiped all the boys down with wipes before loading them in the van, knowing it was going to be well past their normal bedtime when we got back and there’d be no time for a bath. So when we did get back they went straight to bed and while they were a little riled up, they’ve been riled up all the time before bed lately so I didn’t think it was much more hassle getting them down than usual.