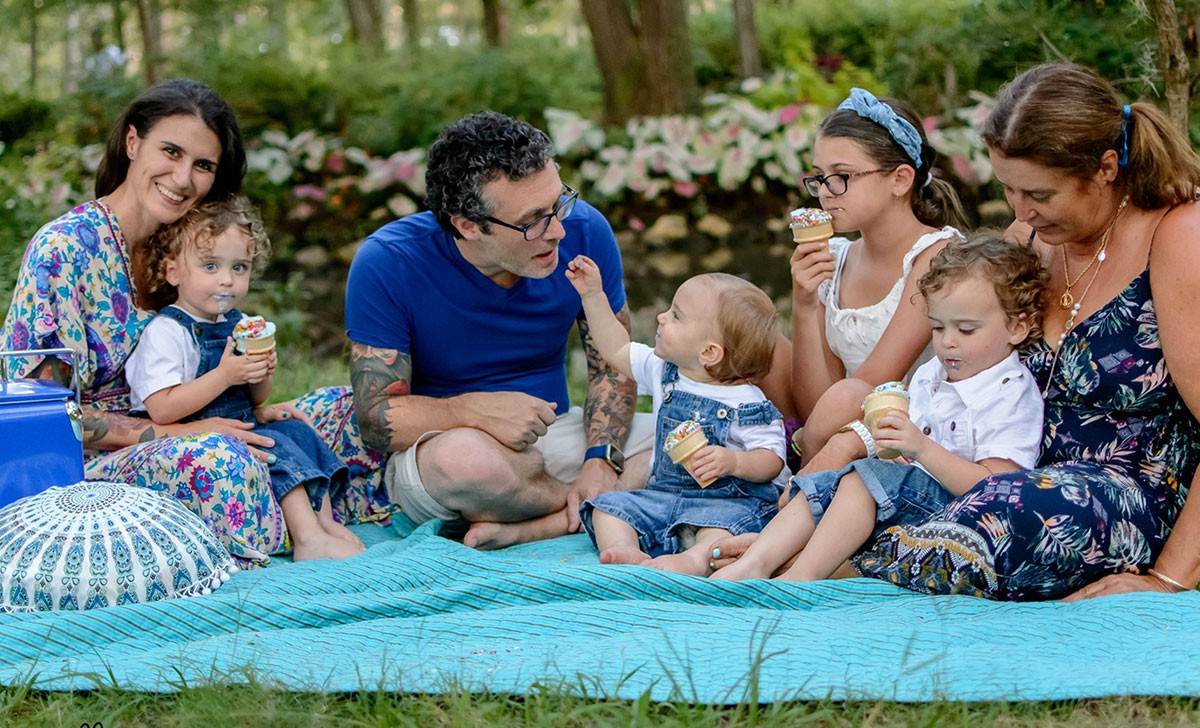 There’ve been a few things that I’ve meant to write about, but life’s been busy. Well, work, really. I’ve got three or four websites I’m working on currently, which is good because I recently lost a couple larger clients, so the extra one-time income will hopefully hold me over until I can replace the recurring income. 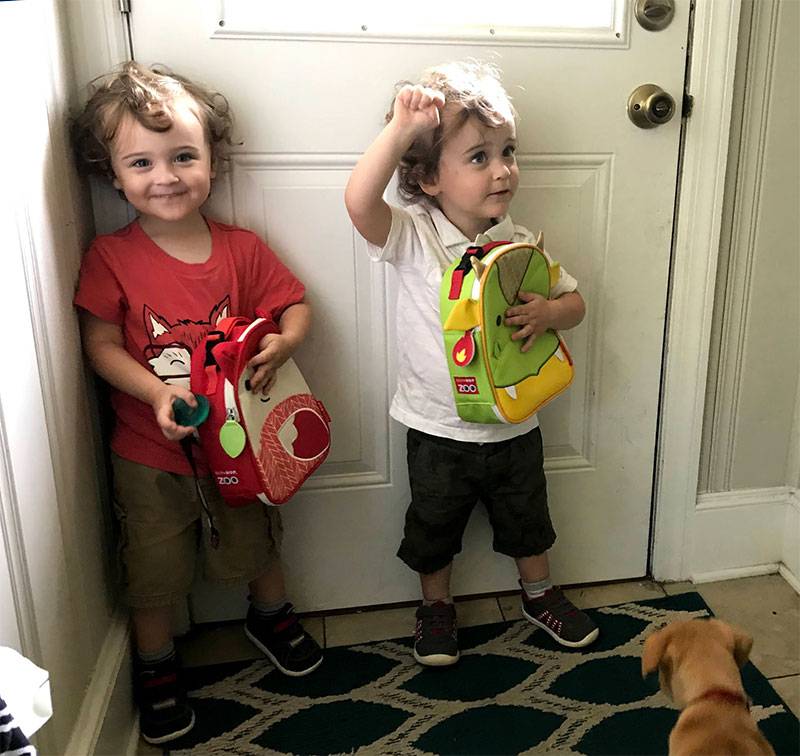 A couple weeks ago, Fawkes and Phoenix had their first day of “school.” That’s how Tristen hyped it to them anyway, but really it was daycare, and really, because we can’t actually afford daycare for two or three kids, it wasn’t really daycare, but a drop-in daycare. Tristen said the boys took off to play and she didn’t even really get to say goodbye to them, so it was a little… disorienting? for her. They did fine though, and went again the next week. She may continue to take them on some of her days off in order to have time to do some things without having to worry about them.

I’m glad they did so well. I was a little worried they might not, because I took them to the hospital employees gym a couple times and they were upset for most of the time I was working out.

We got photos back from our family photo shoot.

I took twins to swim lessons both days. Fawkes was singing along. Had to reschedule middle of the week lessons so we’ve still got two more.

Did Milly’s annual interview, though a bit late as I usually do it on or right around her birthday. Also attempted to do Fawkes and Phoenix and Milly turned the tables on me and asked me the questions as well.

Found a mystery vegetable growing behind out house.

Met with Brad, who graduated with my sister Erin, at Henry’s. He owns a branding company and we discussed teaming up on some things. I tried a French toast burger, which was amazing. Brad said when I bit into it he thought, “That’s what Zach looks like happy.”. 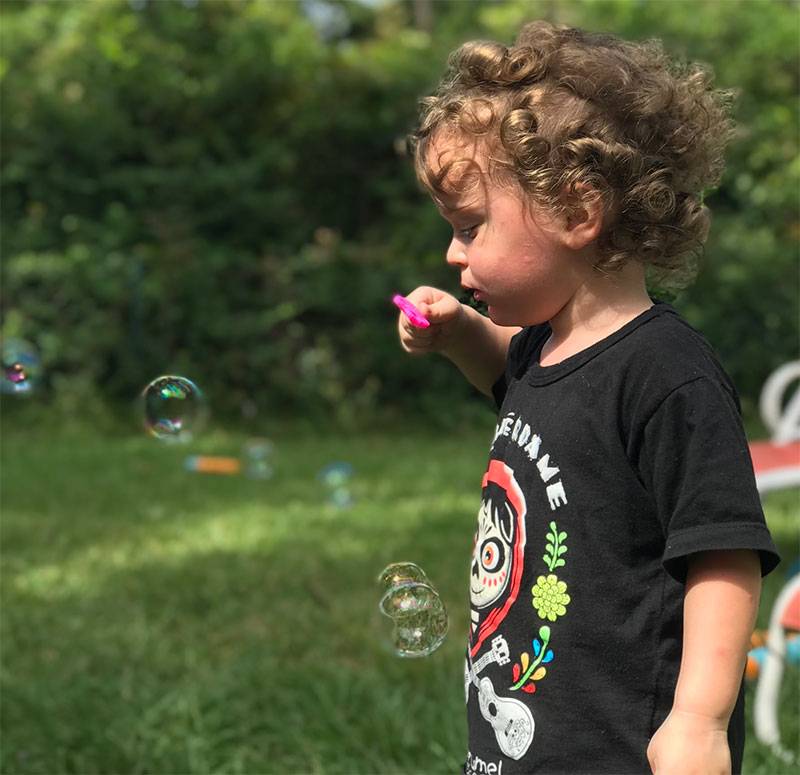 Phoenix is able to blow bubbles. Twins are starting to do extra syllables and put (very) short phrases together. Griffin is saying new words every day (but will still hardly say Dad).

The boys have all become obsessed with the show Little Einsteins, which they pronounce kind of like “sty.”

Tristen’s been working on fixing up a dresser. She spotted it a while back on the side of the road, so Johnny and I went to get it for her. She’s been stripping and painting it.

Milly goes to the beach every Labor Day weekend with her mom’s family. They still went this year, but with the coronavirus still going on a number of people didn’t go. Milly still had a good time, hanging out a good bit with her cousin (third cousin once removed, technically), Kayleigh.

Tristen and I watched Palm Springs Friday night. It was a play on the Groundhog Day thing. We enjoyed it. 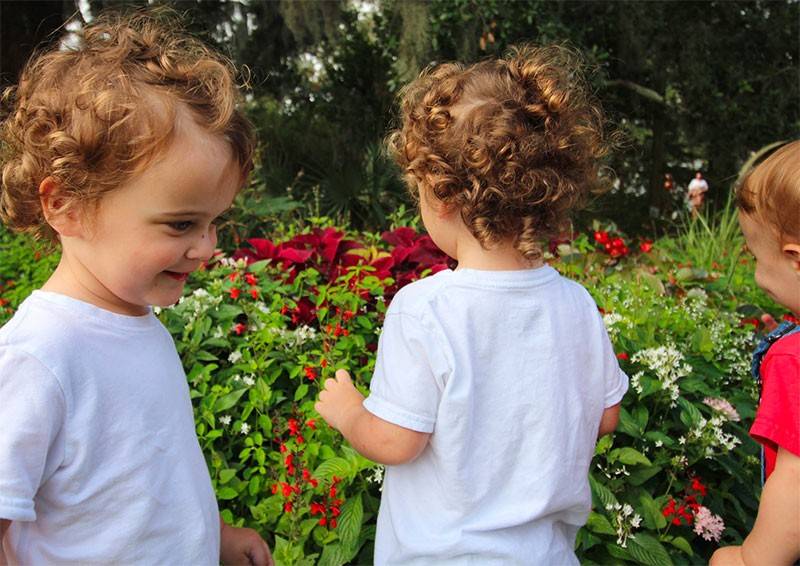 Airlie Gardens had free entry for locals, so we went there Sunday morning. Was able to keep distance from people, but Tristen and I wore masks mot of the time.

Went to Blake and Leslie’s later. Did some swimming, burgers and other food. Beau not quite sure about having all these other kids around, though Griffin in particular was interested in him. Got the boys to bed an hour late.

I finished Blood and Fire. Tristen’s been watching Alone.

Monday we went to the pool at Summer Sands to keep the boys going with swim lessons. Phoenix wasn’t much having it. Griffin hung out with Nonny in the reception area.

Stopped by Wrightsville Beach Park after we left. Twins are really getting into climbing around on things. Think it was the first time we took Griffin to a park.

Put all the boys down, I took a nap myself. Tristen snuggled up on me.

Went to Nonny and Pappy’s for dinner.